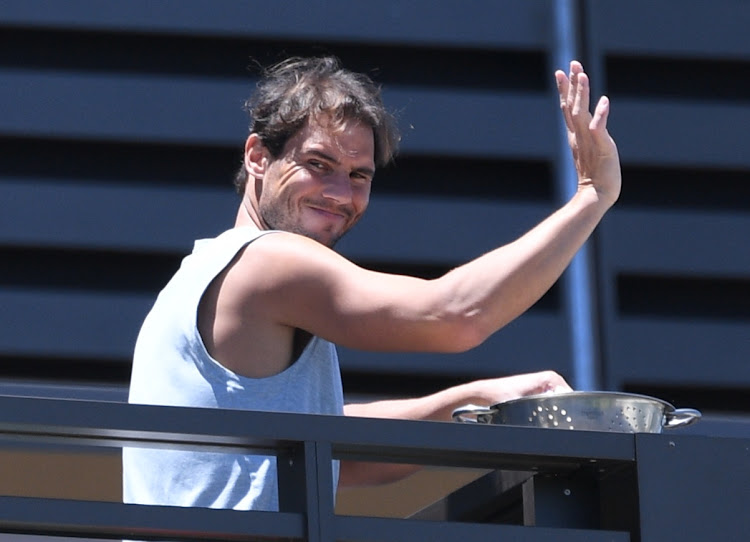 HARD ISOLATION Rafael Nadal says he felt some stifness in his lower back.
Image: Reuters/Morgan Sette

World number two Rafa Nadal has pulled out of Spain's opening ATP Cup tie in Melbourne against Australia with a lower back problem, the 20-times Grand Slam winner said on Tuesday.

"Hi all, we have decided with #TeamSpain and my team, to not play today the first match of the @ATPCup here in #Melbourne since I have a stiff low back," Nadal said on Twitter.

"Hopefully I'll be better for Thursday."

The tournament is one of a slew of warmups being played at Melbourne Park in the run-up to next week's Australian Open.

The first tennis Grand Slam of the year will take place from February 8 to 21 at Melbourne Park.

With all the top male players competing, the ATP Cup provides the perfect warm-up for next week’s Australian Open
Sport
1 year ago

Serena Williams showed no signs of rust as she began her season with a comfortable 6-1 6-4 win over Daria Gavrilova in Melbourne on Monday to reach ...
Sport
1 year ago

Coco Gauff was rusty on serve and struggled to produce her best tennis but the American prodigy prevailed 6-3 6-7(6) 7-6(5) over Swiss Jil Teichmann ...
Sport
1 year ago