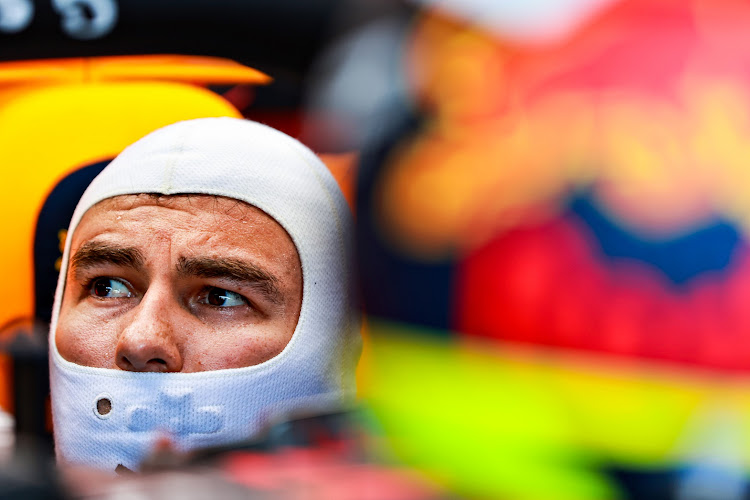 Sergio Perez of Mexico and Red Bull Racing prepares to drive in the garage during practice ahead of the F1 Grand Prix of Azerbaijan at Baku City Circuit on June 4 2021.
Image: Mark Thompson/Getty Images

Red Bull’s Sergio Perez was fastest in Azerbaijan Grand Prix practice on Friday with Formula One championship-leading teammate Max Verstappen close behind, while Mercedes failed to make even the top 10.

The Mexican lapped the Baku street circuit with a best time of one minute 42.115 seconds, 0.101 quicker than Verstappen, and looked comfortably ahead.

Mercedes’ seven-time world champion Lewis Hamilton, Verstappen’s closest rival after five races, was 11th and more than a second off the pace as the once-dominant team struggled again.

His Finnish teammate Valtteri Bottas, the winner last time Azerbaijan hosted a race in 2019, was 16th and more than two seconds slower than Perez. He had been 10th in the first practice.

Verstappen had been fastest in the first session with a time of 1:43.184.

The 23-year-old Dutch driver is four points clear of Hamilton, seizing the lead by winning in Monaco last month while Hamilton finished seventh.

Ferrari’s Carlos Sainz was third in both sessions.

His teammate Charles Leclerc was second fastest in first practice and fourth in the afternoon with Ferrari looking like the team most likely to be challenging Red Bull for pole position on Saturday.

The “dirty” track proved slippery for drivers, who also had to contend with breezy conditions, as the sport returned to Baku without spectators due to the Covid-19 pandemic.

The weekend has been dominated by a row over “bendy” rear wings, with the governing FIA keeping a close eye on the situation before introducing new tests at the following French Grand Prix.

The threat of a protest hung over the Azerbaijan Grand Prix on Friday as a row over 'bendy' rear wings dominated the conversation in the Formula One ...
Motoring
7 months ago

Red Bull's Formula One championship leader Max Verstappen set the pace in first practice for the Azerbaijan Grand Prix on Friday, with the two ...
Motoring
7 months ago