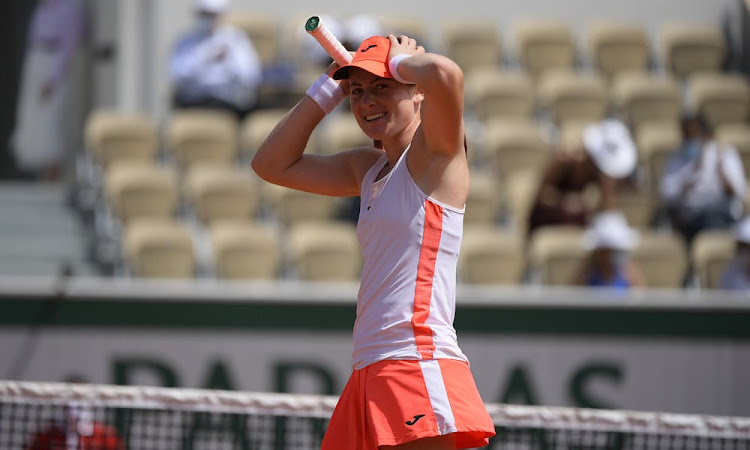 Tamara Zidansek became the first woman from Slovenia to reach the singles quarter-finals of a Grand Slam on Sunday with a 7-6(4) 6-1 victory over unseeded Romanian Sorana Cirstea at the French Open.

The pair traded breaks in the first two games of a tight opening set on Court Suzanne Lenglen before Zidansek raised her level in the tiebreak to take the advantage in the match when an error-prone Cirstea hit a wild forehand wide.

World number 85 Zidansek had never been beyond the second round at a Grand Slam before this year's tournament in Paris but it was 2009 Roland Garros quarter-finalist Cirstea who showed signs of nerves at the start of the second set.

The 23-year-old Zidansek became more aggressive as Cirstea struggled to move freely because of an ankle issue and raced ahead 5-0 before closing out the victory in 86 minutes.

Third seed Aryna Sabalenka crashed out of the French Open with an error-filled third-round defeat to experienced Russian Anastasia Pavlyuchenkova on ...
Sport
7 months ago