Clinical Novak Djokovic glides past Kevin Anderson into third round 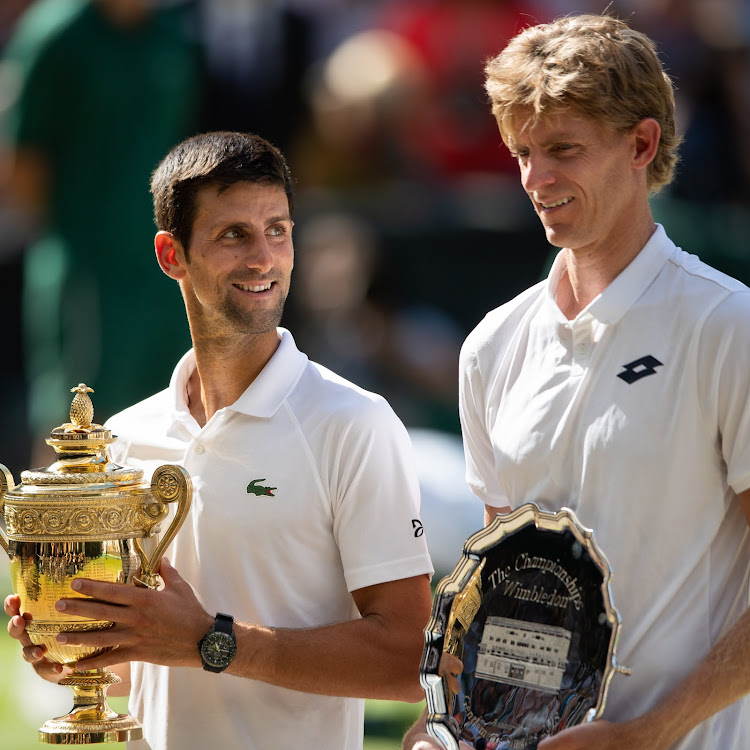 The last time Novak Djokovic and Kevin Anderson met at Wimbledon was in the 2018 final as shown in this file photo.
Image: @Wimbledon/Twitter

Defending champion Djokovic, bidding for a sixth Wimbledon and record-equalling 20th Grand Slam title, was imperious during a grasscourt masterclass on Centre Court.

In a repeat of the 2018 final, the Serbian broke Anderson's serve once in each set and offered up only five unforced errors.

His only minor concern were a couple of tumbles to the turf on the lush grass, but he remained unruffled.

Twice Grand Slam runner-up Anderson, who is battling back after knee problems, did not play a bad match but Djokovic was at his ruthless best as he won in an hour and 41 minutes.

"It was almost flawless today, I hope my coach agrees with that," the 34-year-old said on court.

London — Former world number one Angelique Kerber made a wobbly start against Wimbledon debutant Nina Stojanovic on Tuesday before finding her groove ...
Sport
1 year ago

Second seed Aryna Sabalenka struck a barrage of winners to blitz past Romanian qualifier Monica Niculescu 6-1 6-4 on Monday and reach the second ...
Sport
1 year ago

Defending champion Novak Djokovic overcame an early fright to fend off British teenager Jack Draper 4-6 6-1 6-2 6-2 and launch his quest for a sixth ...
Sport
1 year ago

South African Kevin Anderson will hope to gain revenge on Novak Djokovic and end the Serb's bid for a record-equalling 20th Grand Slam when they meet ...
Sport
1 year ago

World number three Simona Halep has become the latest big-name tennis player to withdraw from the Tokyo Olympic Games after the Romanian said she ...
Sport
1 year ago

Australian maverick Nick Kyrgios marked his long-awaited return to action by completing a 6-4 4-6 3-6 6-1 9-7 win over Ugo Humbert on Wednesday in a ...
Sport
1 year ago