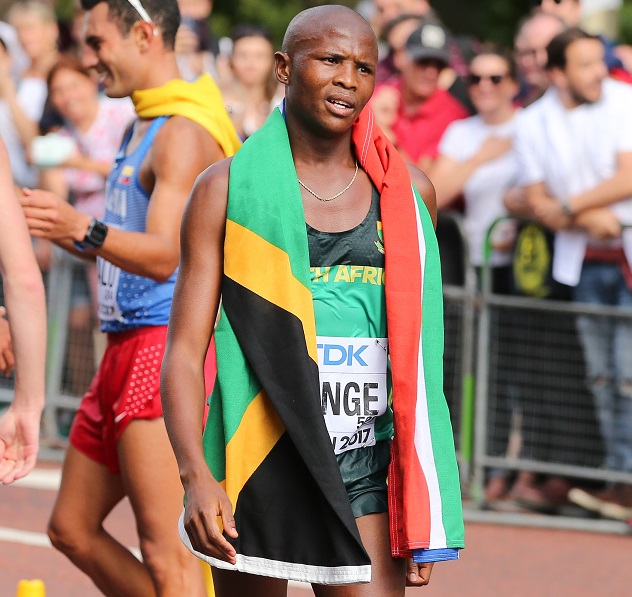 Suspended Lebogang Shange's fate in qualifying for the Tokyo Olympics is in the hands of the Court of Arbitration for Sport.
Image: Roger Sedres/ImageSA/Gallo Images

Both of them tested positive for banned substances in 2019, but because they’re contesting their adverse analytical findings, they are serving provisional suspensions.

Shange was temporarily released from his suspension for a week in late June so he could secure qualification for Tokyo. He competed in two events, one in SA and one in Europe.

Horn, Shange and long-jumper Luvo Manyonga, who last month was banned for four years, are on World Athletics’ list of athletes who have qualified for the Games.

The AIU said in a written response to questions that the matters involving Horn and Shange had yet to be finalised.

Horn tested positive for Ibutamoren and LGD-4033 and Shange for the anabolic steroid trenbolone.

“[Shange’s] case has been referred to the Court of Arbitration for Sport (Cas). There will be a hearing and operative decision in his case during the month of July. He has qualified, so the Cas decision will determine his eligibility to compete in Tokyo,” the spokesperson said.

“Horn is awaiting a hearing before the World Athletics disciplinary tribunal.”

Horn, who insists the banned substances were in supplements she had bought over the counter, last competed in September 2019.

DAVID ISAACSON | Right or wrong, trans Olympian’s inclusion must be treated with respect

Wayde van Niekerk produced a strong run in the second half as he returned to winning ways in the 400m in a wet Lucerne on Tuesday night.
Sport
2 months ago

Precious Mashele qualified for next month’s Tokyo Olympics in dramatic fashion in the men’s 5,000m in Durban on Tuesday night, clocking 13min ...
Sport
2 months ago