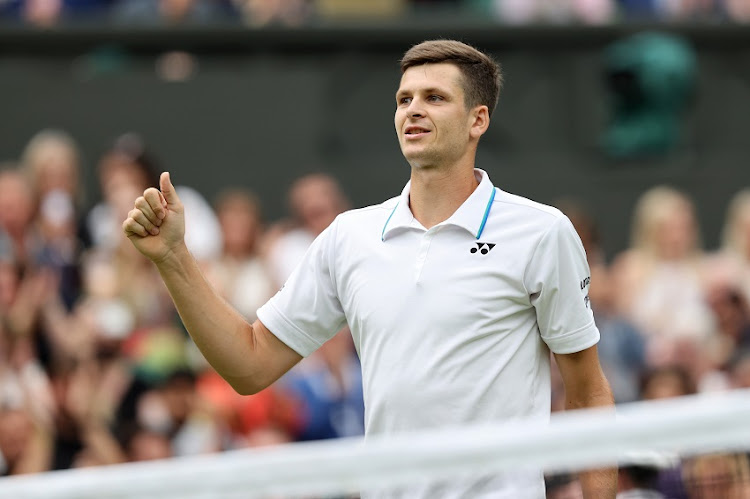 Hubert Hurkacz of Poland celebrates in his Men's Singles Fourth Round match against Daniil Medvedev of Russia during Day Eight of The Championships - Wimbledon 2021 at All England Lawn Tennis and Croquet Club on July 06, 2021 in London, England.
Image: Clive Brunskill/Getty Images

World No.2 Medvedev was leading Hurkacz by two sets to one on Monday with the fourth set on serve when play was cancelled for the day because of rain after the players had spent two hours and 25 minutes on Court Two.

He broke Medvedev immediately after the resumption with the Russian double-faulting on break point and Hurkacz then held serve to level the match at two sets each.

Medvedev took a comfort break at the end of the fourth set having just played two games but things did not change when he returned to court.

The Pole broke the Russian's serve twice in the deciding set and wrapped up the contest on his first match point when Medvedev found the net with a forehand volley.