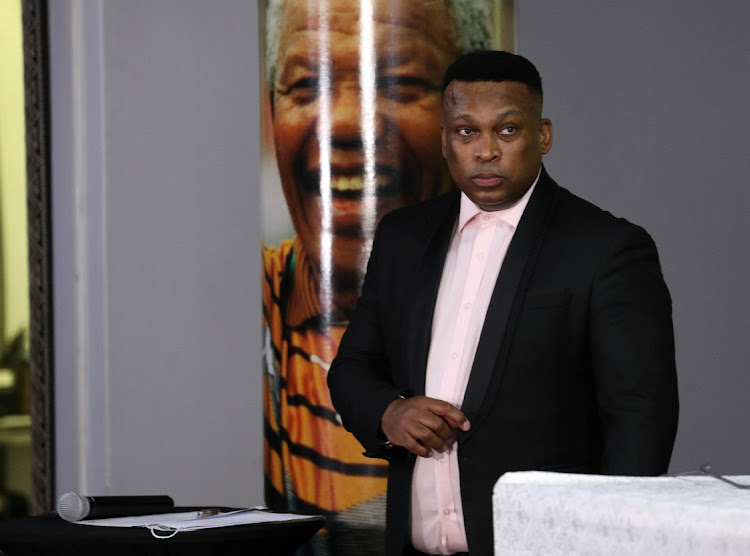 Social media was flooded with reactions to broadcaster Robert Marawa leaving the SABC.

Marawa’s departure, along with Vaylen Kirtley, was confirmed by the public broadcaster on Friday.

“Ms Kirtley presented the sport segment of SABC’s television current affairs show Morning Live and was also an anchor for SABC sport programming. She joined the SABC 20 years ago and started with junior sports programmes at the time.

“The SABC would like to wish Mr Marawa and Ms Kirtley well in their future endeavours and appreciates their contribution to SABC sport programming.”

Marawa leaves after the conclusion of his popular radio show MSW (Marawa Sport Worldwide) which he presented on Metro FM and Radio 2000.

Fans were shocked by the news and took to Twitter to hail the broadcaster, and urged him to stream his show from his own station online.

Here are some reactions so far:

Robert Marawa will forever remain the Best broadcaster both on Radio and TV #Marawa Respect pic.twitter.com/iknInuv8ZY

Robert Marawa must bring us sport on his own digital Sport Radio platform...we are in the era of live streaming anyway,so 06:00pm every weekday will still do it for us pic.twitter.com/IH1HeUodeR

Robert Marawa is the brand and he is bigger than sabc and Supersport #Marawa pic.twitter.com/nlklzMROqu

Robert Marawa sihamba nawe. Take us with you. You are our leader in sports fraternity. pic.twitter.com/UgR5NFck1e

Robert Marawa should just be his own boss once... Retweet if you agree.... pic.twitter.com/iKzituUb5B

You can't keep a good man down 🤞🏾 Robert Marawa is an undisputed heavyweight of sports broadcast. What ever you do we behind you nja yam 🤜🏽 pic.twitter.com/8ujHDXhhA0

I will always refer to you as 'Sir Robert Marawa'

Without SABC without Supersport Robert Marawa will remain a legend.he makes them uncomfortable at the top while his giving us at the bottom so much respect pic.twitter.com/VkitpQF71Z

Big man, Robert Marawa 'we stan. Create your Audio Streaming. Will gather your listeners from kasi to kasi & open hang out spots with Wi-Fi for them to listen to you. #JohanRupertMustFall pic.twitter.com/4FWBaSTe21

'Our prayers are with you': Well wishes pour in for Robert Marawa after Covid-19 health scare

Marawa issued a statement on Monday, revealing that he was recently diagnosed with Covid-19 and spent a week in ICU.
Sport
11 months ago

Popular sportscaster Robert Marawa has revealed that he battled Covid-19 for three weeks and his health deteriorated to such an extent that he spent ...
Sport
11 months ago