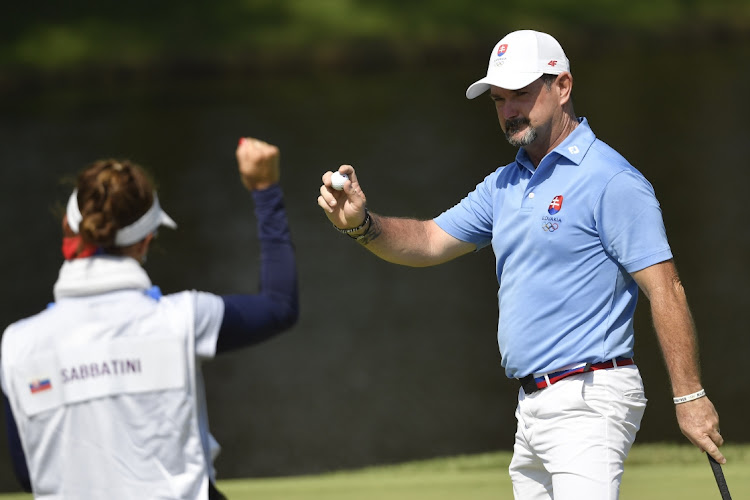 SA-born golfer Rory Sabbatini won an Olympic silver medal at the Tokyo Games on Sunday — for his newly adopted country of Slovakia.

Sabbatini, who based himself in the US after studying there, would not have qualified for the showpiece for any of the other nations where he has held citizenship or passports — SA, America and even Britain.

Languishing at 204 in the world there are 15 SA golfers ahead of him in the rankings.

But he delivered in Tokyo to finish one stroke behind American winner Xander Schauffele after shooting an Olympic record 10-under-par 61 in the final round.

CT Pan of Taipei won a seven-way play-off for the bronze medal.

Sabbatini’s round featured two bogeys, an eagle two and 10 birdies for nine-hole totals of 31 and 30 to give him an Olympic gong to add to his career earnings of more than $35m on the PGA Tour.

Christiaan Bezuidenhout finished in a tie for 16th on 11 under and Garrick Higgo ended joint 53rd on level par.

SA’s top-ranked golfer, Louis Oosthuizen, who finished in the top three at all four majors this year, didn’t make himself available for the Games.

Tatjana Schoenmaker scooped SA’s first gold medal at the Tokyo Games when she won the women’s 200m breaststroke in a world record time on Friday ...
Sport
1 year ago

Defending champion Wayde van Niekerk admitted he had nerves after he ran a less-than-perfect race in the 400m heats at the Tokyo Games on Sunday.
Sport
1 year ago

Akani Simbine led a three-pronged SA sprint attack on the 100m heats at the Tokyo Olympics on Saturday‚ with the trio all advancing to Sunday’s ...
Sport
1 year ago