Roland Schoeman wants to be minister of sport. Here's 7 changes he would make 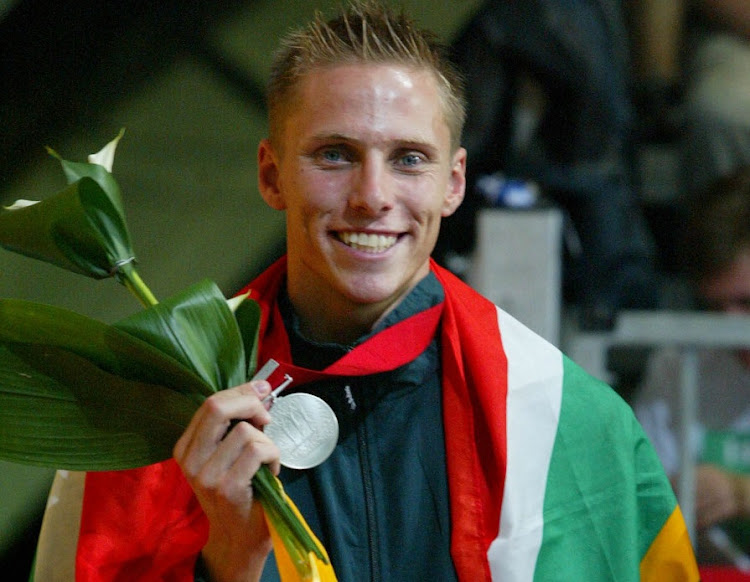 Days after musician Zakes Bantwini threw his hat in the ring to be minister of arts and culture, former Olympian Roland Schoeman has made a similar proposal.

Schoeman, one of SA’s most celebrated swimmers, took to social media on Sunday to offer to take over the sports ministry.

“I’d like to put my name up for nomination for SA minister of sport in the upcoming cabinet reshuffle,” he wrote, sparking a massive debate online.

Would you approve of Roland Schoeman becoming sports minister?

Although President Cyril Ramaphosa has not confirmed he will reshuffle his cabinet, he said last week he was “applying” his mind to the matter.

When approached for comment, Schoeman asked that TimesLIVE send him detailed questions to which he would respond.

Attempts to get comment from the department of sport, arts and culture were unsuccessful at the time of publishing this article. Any comment will be updated once received.

Schoeman said he wanted to step into the role after “years of empty promises and people who are only there for their own gain”.

“Being an athlete who struggled through that, I’d like to ensure the future generations have a greater opportunity,” he said.

While some supported him, others questioned how he would bring about transformation as a white minister.

He responded: “It is not about Caucasian or any other race, not about politics. This is about giving every single South African athlete the ability to become the very best they can. That is what I am committed to”.

I’m committed to every single South African no matter who being given as much opportunity to represent our country. The word “transformation” continues to divide our country and perpetuate the division. We’ve had over 20 years now. We need a transformed system.

And unfortunately based on a racial system that did foster inequality we may not be able to provide lasting help for the older athletes that are nearing the end of their careers but we certainly can change things for the new generations of athletes.

I’d venture to say most white people do not understand transformation by virtue of their upbringing and the advantages they did receive. I believe id like to understand the impacts transformation and lack of it has had and hear from those directly impacted.

If we’re having to use a quota system at a senior level we are failing the development of children at the junior level.

I don’t think there’s an easy answer to that. I believe understanding the needs will probably be the first thing. Facilities, coaching, talent identification all important components that need to be implemented. Far more to this obviously

I’m not sure disbanding would be the best option. I’d eventually like to see less political involvement in the day2day operations of sport/ federations in SA. In terms of racism the unfortunate reality is we have had a long history of it in South Africa. No longer place for it

No we don’t get it. I think that’s the important distinction. What I believe is important is to try understand. I will never know what it’s like to be a black athlete growing up in South Africa but that doesn’t prevent me from speaking to those who are/were and 1/2

I am however committed to understanding others experiences so that lasting change can be implemented. I hope that answers your question ❤️ 2/2

Unfortunately racism has been a part of our culture for a very long time. I’m committed to everyone having as many opportunities as possible and selecting those who have earned their place

Got it. Sport, art and culture is an incredibly important part of our country. I’d like to see our stadiums filled with loyal spectators, I’d like to see our musicians and artists also being able to earn a living. I’d certainly do my best to make it happen as safely as possible.

Part of the problem. Politicians shouldn’t be running sport in our country

The department of sport would back the creation of a platform to investigate racial discrimination in rugby similar to the transformation hearings ...
Sport
5 months ago

DAVID ISAACSON | The point is to make waves, Sascoc, not hinder them

All the organisation does is cut, whether it’s costs or qualification pathways for athletes
Sport
5 months ago

As Royal AM continue with their protracted promotion and relegation battle in the courts against the Premier Soccer League (PSL)‚ sports minister ...
Sport
5 months ago