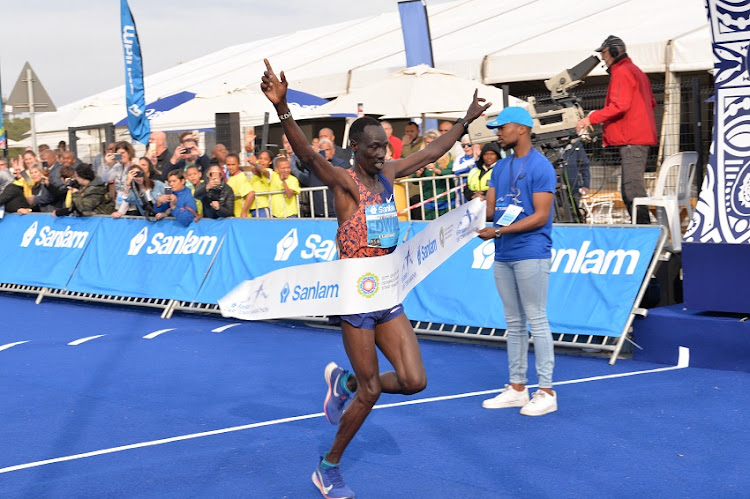 Kenya’s Edwin Koech was first across the finishing line in the 2019 Cape Town Marathon. The 2022 event will be an Abbott World Marathon Majors candidate race.
Image: Supplied

Cape Town Marathon organisers are reaching for the top of the world in a bid to sit alongside the planet’s greatest 42km majors such as New York, London and Tokyo.

CTM chair Francois Pienaar announced at the Cape Town Stadium on Tuesday night that the 2022 event would be an Abbott World Marathon Majors candidate race.

He added that entries for the 2022 race set for  October 16 had opened.

“Becoming an Abbott World Marathon Major would be like hosting a world championship event every single year, and achieving this status would be a tremendous boost for the city,” he said.

Only six races hold major status — New York, London, Berlin, Tokyo, Chicago and Boston — and their popularity is so great that more entries are rejected than accepted.

But Cape Town’s candidacy will take time. Pienaar said the trial period would run for three years, meaning that 2025 would be the earliest it could rank as a major. He added that the CTM, a gold label race, already met many requirements set by the Abbott World Marathon Majors.

“We are pulling out all the stops to achieve these goals, and are excited to receive the support from our runners, spectators, sponsors and the city to make this dream a reality.”

Requirements they need to meet, however, include adding a wheelchair race to the event, increasing the number of finishers to 15,000 and beefing up the elite field.

CTM organisers said the Chengdu Marathon in China was also an Abbott WMM candidate race, while the Singapore Marathon recently dropped out of the process.