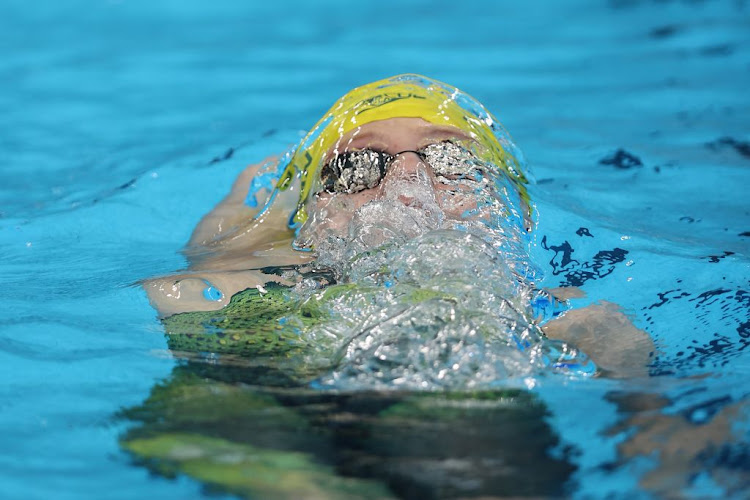 On a quiet day for the SA team at the Tokyo Paralympics on Thursday, when a breath was taken and shoulders squared for the final rush at the last few days, one of its athletes was joined in a moment that said as much about what these Games are about as any number of medals could.

As SA’s Toni Mould dug deep down the main straight of the Fuji Speedway with a lap to go, well off the pace of the leaders and the best part of an hour behind them in horrid conditions, an Australian competitor in the men’s race, slowed up and rode alongside her.

Stuart Jones, the 52-year-old who had fallen off the front bunch in his race and had suffered disappointment in his time trial earlier in the week when he dropped a chain, told Mould, the first female cyclist at a Paralympics for SA, to keep on going. Mould smiled through the pain and the exhaustion, and turned her head to him.

She was the most impaired athlete in her combined class, her quadriplegic cerebral palsy seeing her body fighting her mind as hard as the course around the Fuji Speedway had. She roared and went on, a little harder and a lot happier. She finished eighth, 51 minutes and 19 seconds behind the winner, Jana Majunke of Germany, who won in 1:00.58.

But, she finished. She was the final rider to cross the line. Three others did not finish, but Mould kept on keeping on. “Keep going. You’re going great guns. You have only got a lap to go,” Jones told her.

“That lady, Toni from SA, that is a true champion. That’s what the Paralympics are about.” Mould had to raise money through crowdfunding for her journey to these Games. That money helped her upgrade her old tricycle, helped her fund the online training needed during the Covid-19 lockdown.

The 37-year-old’s main income still comes from crowdfunding. It is a common parasport problem.

“In 2017, at the World Championships, I won a silver medal and no-one knew — I had to approach newspapers myself. If you take an able-bodied athlete, if they win any medal at world championships, it’s all over the news.

“But if para-athletes do something no-one knows, and that makes it harder for us to get sponsorships, because companies want exposure in return for sponsorships. We can’t give them exposure if we are not exposed ourselves,” Mould told the Daily Maverick earlier this year.

Why does she ride?

For the reason so many cycle, but more so. “A big thing for me is the freedom of movement that I can experience. I can walk, but I struggle to and I fall sometimes — it’s an effort to move around. I can’t go for a walk around the corner because of my back pain or ankle pain, and I either need a crutch or I hold someone’s hand, or I’m in a wheelchair.

“On the bike I can move on my own, I can go as fast as I want to. It’s the feeling of movement with no pain and getting outdoors; it’s the freedom that I have on the bike that I don’t have off the bike.

“I like the training, the consistent work you have to put in week in and week out. I’ve gained confidence in myself and my friendships have grown and developed. I’ve now got friends all over the world, from America to Australia. It’s a fulfilment of a desire I’ve had since I was seven or eight. Just the fact that I can do a sport now, I can travel, I can have friends; I can spread the message that even if you’re disabled you can do things.”

Mould was one of two South Africans in action on Thursday. Sheryl James, already a bronze medallist in the 400m, took fifth in her third final of the Games in the 200m for the cerebral palsied. Life will return to normal for her soon.

“I’m happy with the performance, I enjoyed my last race in Tokyo, it was great fun. The whole experience has been amazing. I’m now going to go back to the farm, do some farming, ride my horse, walk my dog, carry on training and develop new athletes.”

The Paralympics finish on Sunday. Disabled sport doesn’t finish then. Take the time to slow down, recognise the disabled every day and tell them to keep on going.