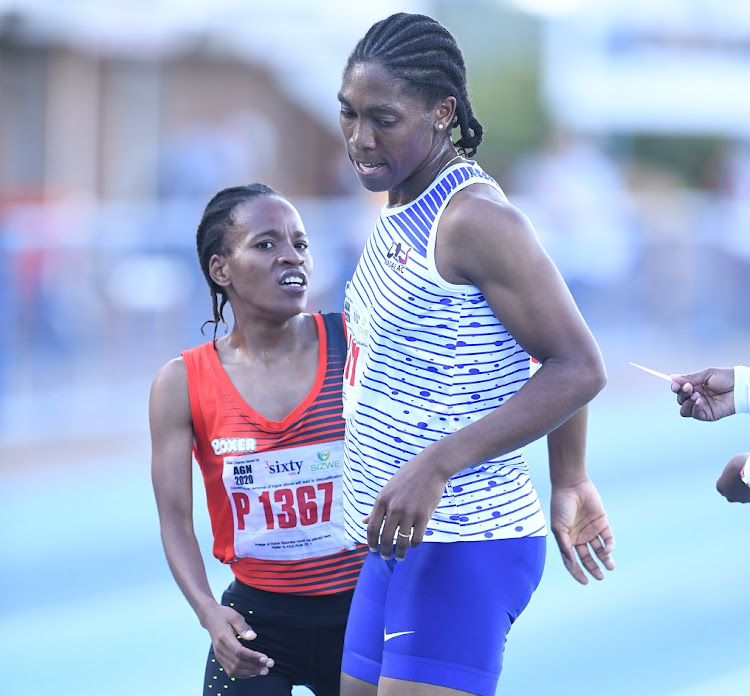 SA middle and long-distance runner Glenrose Xaba is learning from celebrated former World 800m champion Caster Semenya as she plots for a podium finish at the 2024 Olympic Games in Paris.

As Semenya considers winding down her active running career and gravitating towards coaching, Xaba, one of the front-runners in the Spar 10km Women's Grand Prix Series with Ethiopian Tadu Nare, said having the Olympic gold medallist as her strategist has been eye-opening.

“I am enjoying working with her because she is a person who is determined about everything she does,” said Xaba, who will be one of the athletes to beat in round four of the Grand Prix in Pretoria on September 24.

“She wants to help talented athletes like me to be successful like her. From a young age I always wanted to be like her. I am blessed to have someone of her profile, who has achieved so much, coaching me.”

Xaba said Semenya is fun to be around but demands focus and dedication when they are working.

“She is a very nice person who loves to help others and she also has a sense of humour. People are always laughing when she is around,” she said.

“But when it’s time to work she is a different person because she expects nothing but focus and dedication when we are doing serious work.”

Nare is running away with the Spar series having won the opening three races in Pietermaritzburg, Cape Town and Durban, but Xaba will push her in the last race.

“I don’t know if I will be able to beat her because she is super-fit. I am not at her level of fitness because of the injury I suffered recently,” Xaba said.

“But I will be there to compete with her because she is challenging me and also helping me to strategise when racing against her.

Xaba said she is using the Grand Prix to prepare for the coming season where she is planning to compete overseas and in longer distances.

“I am planning to go overseas to run a few 10km races or 1,500m to build up speed for half marathons. My focus for the coming months is half-marathons, though I don’t know yet which ones I will be running in.

“My season has been good but I believe that if I didn’t get an injury I could have done even better. I want to thank my coach Caster because she is always there for me to keep me going.

“I think during the Pretoria race I will do much better but I am not saying I will run faster than Tadu.”

The SAHRC is set to have a say in the court battle between Caster Semenya and the Court of Arbitration for Sport.
News
2 weeks ago

Semenya agreed to do community service, which included sports activities and reading, after discussions with the prosecutor.
News
3 weeks ago

Caster Semenya is SA’s most popular sportswoman, based on a study of Google search data commissioned by a British health club chain.
Sport
1 month ago

The lawyers of former Olympic and world 800m champion Caster Semenya are preparing for another showdown with World Athletics in a bid to have the ...
Sport
1 month ago