Series win over the Lions will bring spice to Bok tour

November Tests in the UK will have an even harder edge 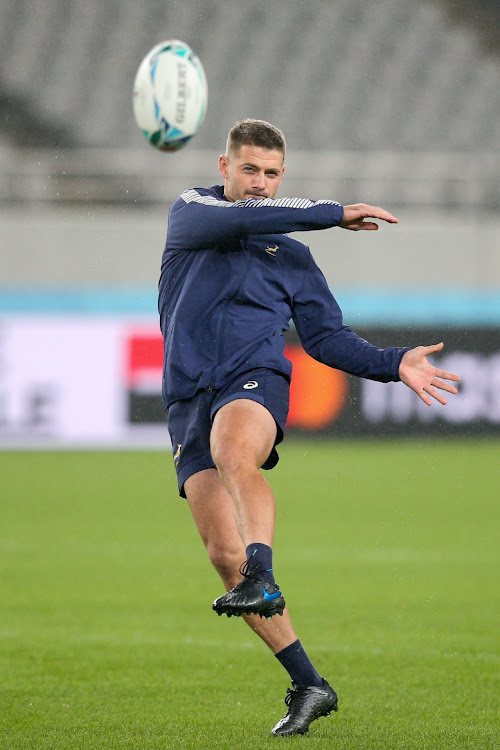 The Springboks' hard and bitterly fought series win over the British & Irish Lions will help bring a sharper edge to their clashes against three of the four Home Unions on next month's tour to the UK.

Springbok coach Jacques Nienaber acknowledged his team's task against Wales, Scotland and England is made tougher by the fact that the players who were involved in that series may feel they have unfinished business against the Rugby World Cup holders.

“There will be a little bit of spice as they try to rectify what happened in the British & Irish Lions series,” said Nienaber who was keen to add that the Boks have a number on their back regardless.

“That is one thing we have to get used to as reigning World Champs and No 1 ranked team in the world. Teams are going to come for us. We are the team they want to test themselves against. The nature of the beast is teams will come for us regardless.”

Nienaber has announced an experienced squad with just two uncapped players in Salmaan Moerat and Grant Williamson, as the Boks go in search of a first end of year tour whitewash since Heyneke Meyer's team swept to victory in Wales, Scotland and France in 2013.

Nienaber broke down what he is anticipating in the UK.

“They are getting eight British & Irish Lions back,” he said of Six Nations champions Wales. “They've got massive experience, when you look at their nines and 10s. Of the three 10s in their squad Gareth Anscombe has the least experience and he's got 35 Test caps. The others are closer to 50 and 100. There is massive experience and it will be a challenge.

“I think they've got good game drivers like Ken Owens and Alun Wynn Jones who are well established and are British & Irish Lions.”

He said the Boks are fortunate to see Wales play New Zealand before their clash a week later. “That is outside the Test window and Scotland will play as well so we will have some good information on them before we play them,” said the coach.

“If you look at Scotland, (Ali) Price is well established, Finn Russell speaks for himself, as does Stuart Hogg. They also have Duhan (van der Merwe). They have quality outside backs.

“When the sun is out they can take it side to side (especially) with Gregor (Townsend) as their coach.”

England have a spine

England coach Eddie Jones has left out a few experienced hands but they still boast a grizzled team.

“Eddie has selected a slightly younger squad if you look at the spine with (Luke) Cowan-Dickie (he is injured and has since been replaced by the even more experienced Jamie George), Maro Itoje, (Ben) Youngs, (Owen) Farrell, Jonny May on the one wing, in fact both wings over 50 Test caps,” said the Bok coach.

Nienaber made the observation that the South African outside backs don't have as much experience as some of their northern hemisphere opponents. “Now I'm talking 11, 13, 14. We are under 20 Test caps there,” he said about the average number of Test caps among the Springboks in those positions.

“Willie (le Roux) has 70 Test caps,” he reminded, which was perhaps his way of explaining why the fullback, who hasn't been at his best of late, has been retained.

Rassie Erasmus, SA Rugby's director of rugby, will resume his “normal role” on the Springboks' end of year tour, according to coach Jacques Nienaber.
Sport
3 months ago

“There is not a door slammed in anyone's face,” Springbok coach Jacques Nienaber said as he assured the players who failed to win selection to his ...
Sport
3 months ago

Jacques Nienaber has stuck to core Springbok group for Tests against Wales, Scotland and England
Sport
3 months ago