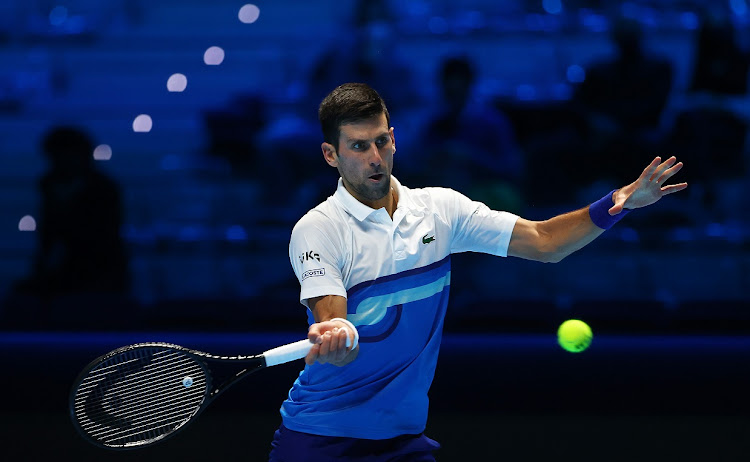 World No 1 Novak Djokovic said tennis must stand together over the apparent disappearance of Chinese player Peng Shuai and described the ongoing situation as horrific.

Former women’s doubles world No 1 Peng has not been seen or heard from publicly since saying on Chinese social media on November 2 that former vice-premier Zhang Gaoli coerced her into sex.

Amid growing concern about her whereabouts, the Women’s Tennis Association (WTA) has threatened to pull tournaments out of China and the men’s ATP has demanded clarity from the Chinese authorities.

Asked for his thoughts following his victory over Cameron Norrie at the ATP Finals on Friday, Serbian Djokovic said he supported the WTA’s threat “100%".

“I support the statement of WTA as an organisation and also their president absolutely,” he said.

“The whole community, tennis community, needs to back her up and her family, make sure that she’s safe and sound because if you would have tournaments on the Chinese soil without resolving this situation, it would be a little bit strange.

“I do understand why WTA has taken a stance like that.”

WTA chief Steve Simon said on Friday his organisation was at a “crossroads” with China and said they were continuing all efforts to reach out and hopefully speak to Peng directly.

Djokovic said the tennis authorities should unite to figure out what action to take.

“It’s important because this is horrifying. I mean, a person is missing,” the 34-year-old said.

“I hope that for the sake of tennis, Chinese tennis, Peng Shuai, to find her very soon. It’s terrible. I mean, this could happen to anybody in any part of the world.

“We just have to unite and stand together and show that there is no ignorance to this, that it’s not like it’s just I guess something that concerns China.

“It concerns the tennis world because she has been an international tennis athlete for many years. She deserves at least our support in this whole case.”

Norway's Casper Ruud completed the semifinal lineup at the ATP Finals on Friday and will next face another Russian in holder Daniil Medvedev after a ...
Sport
2 weeks ago

Alexander Zverev booked his place in the last four of the ATP Finals where he will face world number one Novak Djokovic after a 6-2 6-4 win over ...
Sport
2 weeks ago

American great Pete Sampras said he does not expect any player to match Novak Djokovic's feat of winning the men's year-end world number one ranking ...
Sport
2 weeks ago