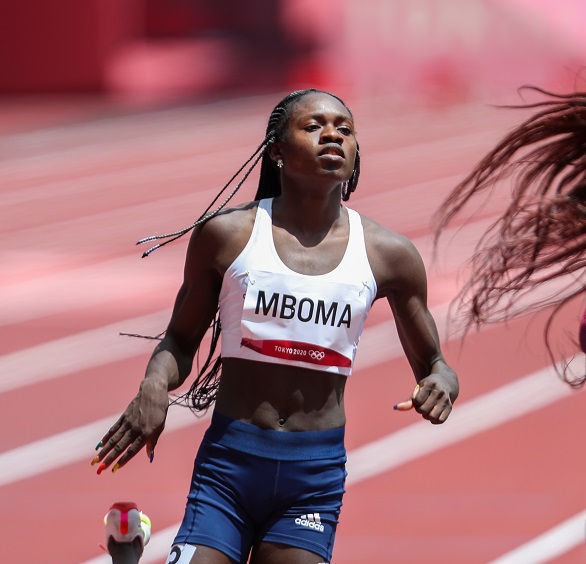 The teenager joins Frankie Fredericks as the second Namibian to win a BBC sporting award and is the first and youngest female to do so.

“I feel great and am really proud to be a Namibian and I thank all the Namibians who voted for me,” said the 18-year-old Mboma.

Orphaned at just 13 years old, Mboma battled the odds and worked hard as she became the first ever Namibian woman to stand on an Olympic podium after winning silver in the 200m at the Tokyo 2020 Olympic Games — finishing behind five-time Olympic champion Elaine Thompson-Herah of Jamaica.

“I did not expect to win, but the award is a reward for all the hard work and all the achievements that I have done,” said Mboma.

“It was very difficult. It is always great to put my country on the top spot, I always make my country proud and it feels great to win the award.

“My achievement will motivate young athletes from Africa, and here in Namibia, to try do their best and to work hard for their dreams. I dedicate this BBC award to all Namibians.”

“For me as a coach of the athlete, it is a great privilege and honour to be part of any award from the BBC,” said Botha.

“It is just out of this world for a little place like Namibia and a young girl that not more than three years ago ran barefoot in the sand.

“She got such an excellent award so obviously this is unbelievable.”

“A Namibian teenager unheard of before the start of the year, she starts to break through in the early months of 2021, but in the 400m,” said Sutherland.

“Then virtually on the eve of the Olympics a notification is made that her naturally-occurring testosterone levels are too high.

“To keep her Olympic dream alive she switches to 200m — an event she has never competed in before, and which is arguably the most competitive field in any athletics discipline right now — with talent like Elaine Thompson-Herah, Shelly-Ann Fraser-Pryce, Dina Asher-Smith, Marie-Josee Ta Lou.

“To go into that event with no experience and get a silver at that age is a stunning achievement, and I think that's what our audience recognised.”

Liliane Landor, senior controller of BBC News International Services and director of the BBC World Service, said Mboma has shown incredible strength and determination in the face of adversity and at just 18 years old.

“This award builds upon BBC Africa’s efforts to promote sport and provide global visibility for African athletes across our platforms.”

Australian authorities scrambled on Sunday to file a legal defence of their decision to bar entry to tennis world number one Novak Djokovic over his ...
Sport
2 weeks ago

World number one Novak Djokovic spent Orthodox Christmas in Australian immigration detention on Friday as his lawyers fight a government decision to ...
Sport
3 weeks ago