Captain Kohli back for the tourists, but SA opt for unchanged team 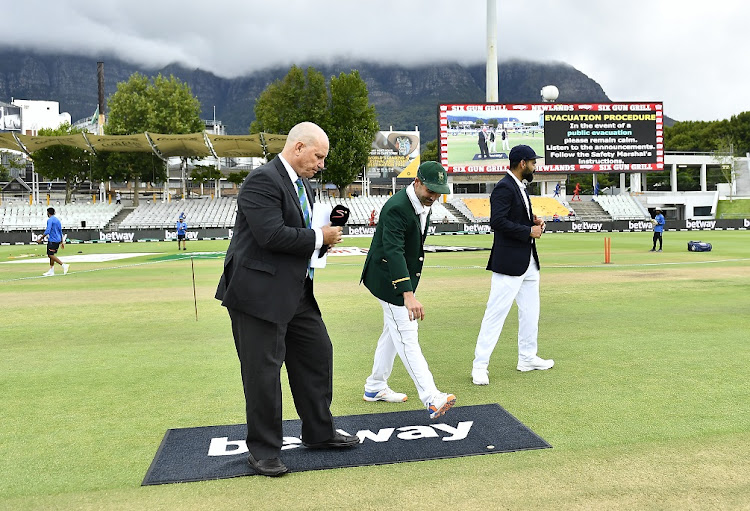 India captain Virat Kohli and SA captain Deal Elgar conduct the toss prior on day one of the third Test at Newlands in Cape Town on January 11 2022.
Image: Ashley Vlotman/Gallo Images

SA have opted for an unchanged line-up for the third and deciding Test against India at Newlands on Tuesday.

India have again won the toss and elected to bat. Regular captain Virat Kohli is back in the team after missing the second Test due to upper back spasms. He returns at the expense of Hanuma Vihari.

Umesh Yadav is in the team for Mohammed Siraj, who loses his spot due to a hamstring injury.

India won the first Test at Centurion, while SA won the second at the Wanderers in the three-match series.

Usman Khawaja's fairytale comeback has presented Australia with a selection headache, and captain Pat Cummins conceded it would be hard to drop the ...
Sport
1 week ago