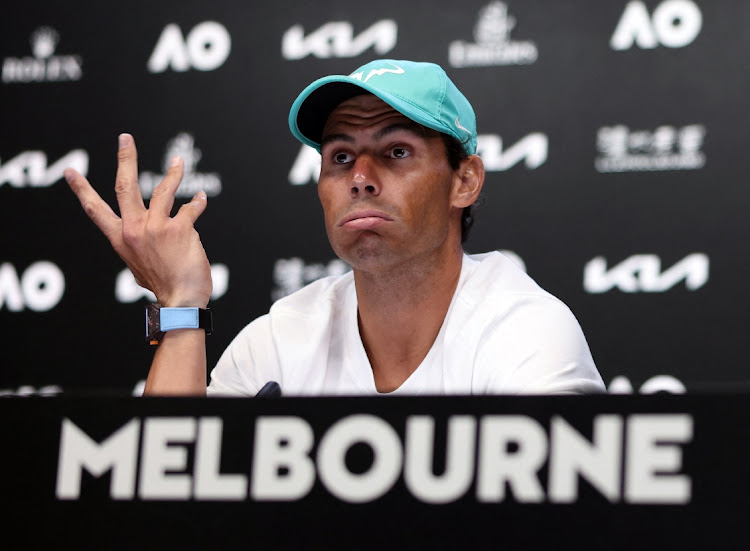 Rafa Nadal drew within two wins of a record 21st Grand Slam title on Tuesday after claiming a five-set thriller against Denis Shapovalov to grind into the Australian Open semi-finals for a seventh time.

On a steamy afternoon at Rod Laver Arena, Nadal suffered a huge scare as Shapovalov roared back from two sets down but the warrior Spaniard found another gear in the decider to prevail 6-3 6-4 4-6 3-6 6-3.

"I was completely destroyed after that," Nadal said on-court after the match, which lasted four hours and eight minutes.

"It's amazing, honestly, to be in the semi-finals ... For me it's everything to be able to play one more time here in the Rod Laver Arena."

Having wallowed in a "deep, dark pit of despair" last season, Madison Keys booked her first Grand Slam semi-final spot in four years on Tuesday with ...
Sport
5 months ago

Nadal narrowly avoided a repeat of last year's quarter-final in Melbourne when he was sent packing by Stefanos Tsitsipas after taking a two-set lead.

Two months ago, the sixth seed wondered whether his career was finished as he struggled to come back from a foot injury, but he will now prepare for his 36th Grand Slam semi-final against Matteo Berrettini or Gael Monfils.

Alarm bells were ringing for the record bid when the 35-year-old dropped the fourth set and exited the court for a medical time-out.

But he returned to break Shapovalov in the second game of the decider and kept the Canadian at arm's length to the finish.

After pushing a volley wide on match-point, Shapovalov turned and smashed his racket into the court in anguish.

A beaming Nadal spread his arms wide, leant back and pointed to the corners of the stadium, soaking up one of his finer wins at Melbourne Park.

"We can create histories ... but the real truth is that two months ago, we didn't know if we will be able to be back on Tour at all," he said.

"So here I am. For me it's just a present of life that I'm here playing tennis again."

Shapovalov was brave in defeat but will rue the head start he gave Nadal and later on, the double-fault served at 1-0 down in the final set that gifted the Spaniard three break points.

The hot-tempered Canadian tried everything he could think of as he struggled earlier in the match, demanding Nadal receive a code violation for not taking to the court quickly enough at the start of the second set.

"Are you kidding me? You guys are all corrupt," the 14th seed snapped at the chair umpire when denied satisfaction.

Medvedev playing both hero and villain at Australian Open

Daniil Medvedev has tapped into the energy of the crowd at Melbourne Park by playing both hero and villain, while the world number two's mind games ...
Sport
5 months ago

Shapovalov hung in, though, and pounced when Nadal gifted three set points in the third set with a horror service game.

He stepped in and thrashed a stunning cross-court thunderbolt off his backhand to claim the third set, turning the match on its head.

Shapovalov was transformed as Nadal grew sluggish, earning a code violation for breaching the serve clock at 2-1 in the fourth set.

After dropping serve and falling 4-1 behind, Nadal called for a trainer, pointed to his stomach and took a tablet.

Wielding his one-handed backhand like a wand, Shapovalov served out the set and seemed certain to repeat the Tsitsipas stunner.

But three break points slipped through his fingers in the decider, allowing Nadal to forge clear and keep the record bid alive.

Fourth seed Stefanos Tsitsipas survived an attritional fourth-round battle with American Taylor Fritz on Monday, twice coming from a set behind to ...
Sport
5 months ago

No risk of losing Slam status as almost 43,000 fans attend on Saturday to take the tally for the first six days to 184,361
Sport
5 months ago