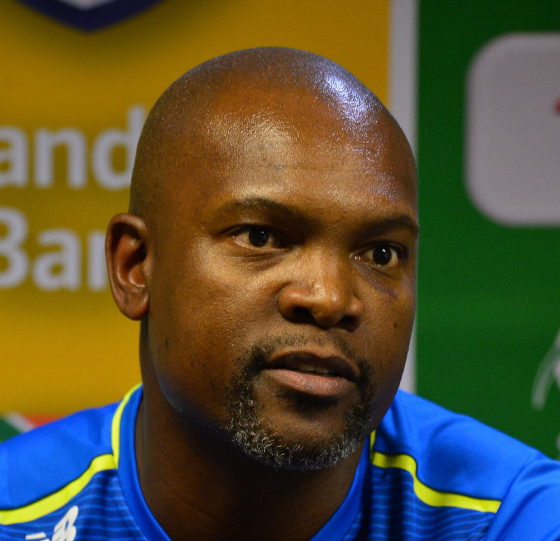 Enoch Nkwe is back at the Bullring but this time as a strategic consultant.
Image: Grant Pitcher/Gallo Images

Enoch Nkwe on Wednesday shouldered arms when asked about his potential participation in the disciplinary hearing of Proteas coach Mark Boucher.

Nkwe, who has re-emerged from the shadows to take up the position of strategic cricket consultant at the Lions, was non-committal when probed on Boucher's hearing.

“I respect the process. Cricket SA (CSA) have decided to embark on that. I respect Mark. Hence I have left everything to CSA and Mark Boucher to deal with that. I've got on with my business.

“I can't comment on it,” said Nkwe when asked whether he would be part of the proceedings.

He also took time out to deal with personal matters and to “disconnect from the system”.

As much as he wished to temporarily step away from the sport he was dragged back into the spotlight when CSA included the reasons he cited for his resignation in the disciplinary case they have built against Boucher.

The Proteas coach faces charges of misconduct and his disciplinary hearing has been set for May.

Nkwe was less than impressed at the manner in which he was dragged into the saga.

“That was always going to be disturbing. No matter how far you want to hide yourself, it's a reality. You are going to have people who are concerned about your wellbeing, which I appreciate.

“They'll send you screen shots that you just want to brush off. When I transitioned into coaching you got trained about such phases in your life.

"So far I believe I have been able to handle it from a mental and emotional and spiritual point of view. It's not my fault, I can't control everything.

“At the end of the day it is about how you respond and manage yourself. I believe I have done that brilliantly.”

Nkwe is taking up a short-term position at the Wanderers, an environment with which he is acutely familiar.

“I don't look at it that I'm only going to do this for two months, I've been here before.

"In two months if I need to move on I need to feel that I've done my best and this place is a better place, with a clear pathway going forward with a clear vision and strategy.

“My mind has always been strategic even when I've been coaching. I always believed in working in a system. When I was coaching I would invest time in the system, trying to understand it.

“The brand of cricket, the philosophy, the values were important to me.

"If players get selected for the Proteas they need to understand how that feeds into the Lions. When people see a team playing they must know it is the Lions.

“Once you get the system right the first team will be able to perform at a level they should be, at” said Nkwe.

He said time away re-energised him while also bringing fresh perspective.

The International Cricket Council (ICC) plans to work in the future on the men's and women's calendars to avoid fixture clashes that can undermine ...
Sport
4 months ago

SA staged one of the finest comebacks in the history of Test cricket after they turned the tables on New Zealand to win the second and final Test in ...
Sport
4 months ago

The Gbets Rocks made history as they clinched their first trophy as debutants in the Cricket SA (CSA) Division 1 league.
Sport
4 months ago