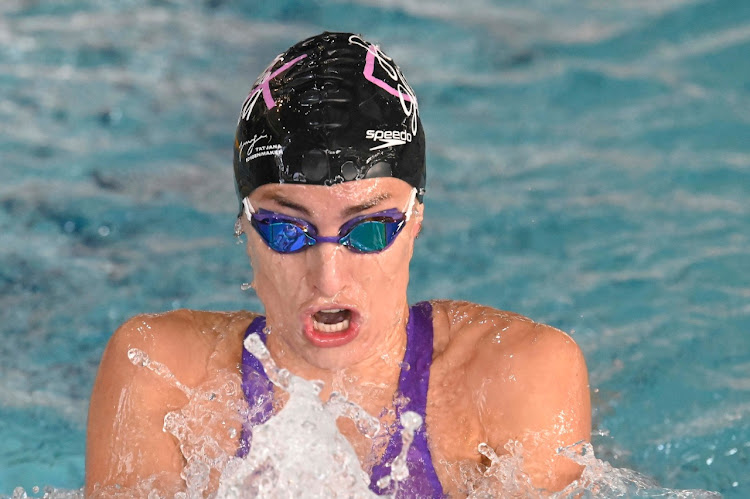 Tatjana Schoenmaker in action in the 200m breaststroke heats at Newton Park pool in Gqeberha on Friday morning.
Image: SUPPLIED

“It’s OK,” said Schoenmaker. “We always peak for worlds and Commonwealth Games. I’m just trying to make the team and we’ll do hopefully better when we’re there.”

This year Schoenmaker and Corbett have decided to prioritise the Games in Birmingham from July 28 to August 8, opting not to compete at the world championships.

Put Tatjana Schoenmaker and Chad Le Clos and their combined six Olympic medals aside, just for a moment. The younger crop of swimmers assembling for ...
Sport
1 month ago

“I think about a couple of days ago I wasn’t really sure what was going to happen going into this race,” said Corbett. “I’m happy it’s over and I get to hopefully be on the Commonwealth team. That’s always a huge plus side for me — to race and compete for my country.”

Last year Corbett missed the Olympic qualifying in the official 200m races at the national gala, achieving it on her own in a time trial.

“Last year I learnt a lot about swimming heats and finals and not making the time and then swimming all by myself and making the time,” said Corbett, who went on to set a 2:22.06 best in Tokyo. “It’s a lot of emotions being back in this pool and swimming that time now means a lot to me.”

Schoenmaker set a 2:20.17 African record in 2021, but there’s no premium on times this early in the season in a non-Olympic year.

Lara van Niekerk is already looking forward to the 100m breaststroke event as she aims to carry momentum into her upcoming events at the SA National ...
Sport
1 month ago

Nursing a painful right shoulder, Matthew Sates swam the second-fastest 200m freestyle in the world so far this year as he scooped his second crown ...
Sport
1 month ago

Put Tatjana Schoenmaker and Chad Le Clos and their combined six Olympic medals aside, just for a moment. The younger crop of swimmers assembling for ...
Sport
1 month ago