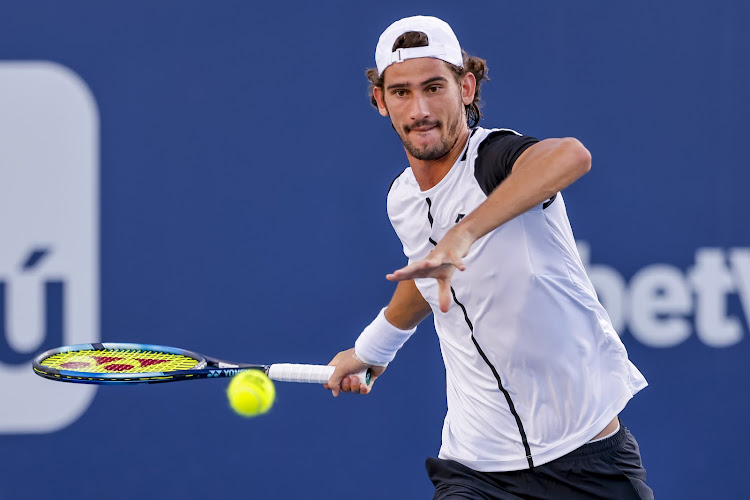 SA's Lloyd Harris in action against Hubert Hurkacz of Poland during a fourth round match of the Miami Open tennis tournament at Hard Rock Stadium in Miami Gardens.
Image: EPA/ERIK S. LESSER

Retired former world number five and two-time Grand Slam finalist Kevin Anderson has advised Lloyd Harris to carefully look after his body and make smart decisions for the sake of his promising career.

The 35-year-old Anderson, who was the runner-up to Rafael Nadal at the 2017 US Open and to Novak Djokovic in the Wimbledon final in 2018, is a huge supporter of Harris, who is ranked at number 36.

“I have spent a lot of time with Lloyd, I have seen him more and more in tournaments,” said Anderson, who announced his retirement last week due to diminished motivation and drive after a career that resulted in seven ATP Tour singles titles.

“I have not been involved with him that long, other than when we played the ATP Cup where we had more detailed conversations. Everybody is different but I am sure he will take care of his body.

“That will be a big priority. He is young and when you are young you tend put that to the side, which is fine. But sometimes you need to push through barriers, through your training and scheduling of matches.

Retiring Kevin Anderson says motivation and drive were no longer 100%

Former world number five and two-time Grand Slam finalist Kevin Anderson entertained the thought of giving another major a shot before his shock ...
Sport
2 weeks ago

“You need to play in an extra tournament, you need to be aware of that as your career progresses and make smart decisions. That will probably be one of the bigger pieces of advice I would like to give Lloyd.”

Anderson urged 25-year-old Harris to continue to play with passion and represent the country with pride.

“I played with passion and enjoyment for the game. I always felt a great honour to be No 1 for my country and being representative of the country. I never felt the pressure of that responsibility.

“I think that is due to the many messages I received from fans while playing. I will t tell Lloyd that if there are any feelings or expectations, it is us wanting the best for him.

“Now that I am on the outside, I am a big fan and supporter of him and I wish he has amazing results. and he needs to do that for himself first.”

‘I gave it my best’: Big-serving Kevin Anderson retires at 35

Former Wimbledon and US Open finalist Kevin Anderson announced his retirement on Tuesday, aged 35, bringing to an end a career that showed immense ...
Sport
3 weeks ago

SA will compete in the Davis Cup by Rakuten World Group II again this season after falling in a 3-1 defeat to Israel in their World Group I promotion ...
Sport
2 months ago

SA tennis ace Lloyd Harris’ dream run at the US Open is sadly over after his quarterfinal defeat to Germany’s fourth seed Alex Zverev in New York.
Sport
8 months ago