Lions hold the line on their 'build from within' business model 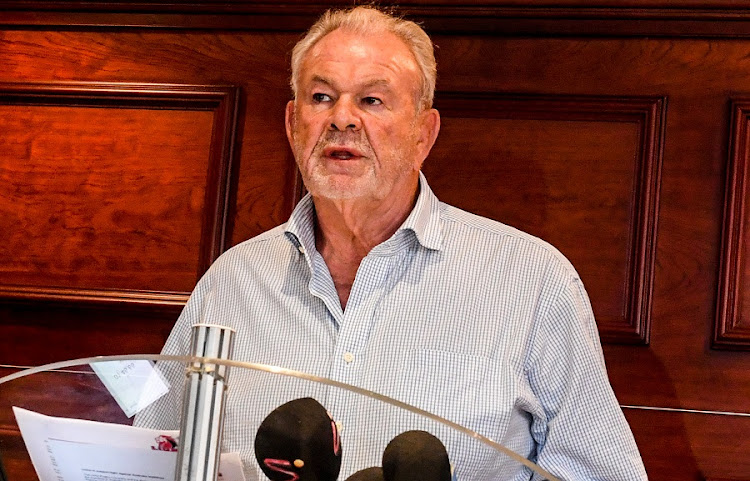 Lions chairman Altmann Allers says there is no need to tinker with the franchise's business model.
Image: Sydney Seshibedi/Gallo Images

The central tenet of the Lions business model — building from within — is unlikely to change, insists chair and controlling shareholder Altmann Allers.

The Lions have been buffeted by defections in the past three to four seasons with their players heading abroad or to the Sharks, Stormers and Bulls, but their cold stance towards high-profile player procurement looks set to remain in place.

Allers insists high-profile players are not on the menu. “It is not in our plans to try to buy every Springbok from other franchises or every ex-international who wants to come back,” said Allers on Wednesday.

“We don't see the long-term benefit. You might have a short-term one. Maybe get one or two seniors, but then you have to be careful because you still have to develop young players in that position.”

This week, Lions fans have been in uproar at the news that star flank Vincent Tshituka, and possibly tighthead prop Carlu Sadie, are heading to the Sharks.

Allers said the fans are important to the franchise and their loyalty is appreciated.

“Our supporters are important to us. For many years they continued supporting the Lions and I understand and have empathy if they are frustrated.”

He could not confirm whether Sadie would also be heading to Durban. He did, however, stress the role the Lions played in the development of both players.

“Vincent came through the school structures here and we developed him to the player he is.

“Carlu was not the first-choice starter when he left Western Province. He had very little game time. The coaches put huge effort into making them better.

“Vincent is freakishly good. He is a fantastic player and the same applies to Carlu. The question is whether their rate of improvement will be the same if they leave,” Allers said, perhaps suggesting they may not get the game time they had at the Lions.

Allers is a proponent of rotating players and selecting widely within the group of contracted players. He believes every player must play more than 20 games a season. “If you can't do that, you create additional headaches for the coaches.”

He advocates a closer look at how soccer develops and builds part of its business model around young players. Rugby does not fully develop its assets or intellectual property properly, he says.

“The trick in soccer is to find and develop new talent. You can take that talent, sell it and reinvest in the business.

“Look at Arsenal, when [Arsene] Wenger was there, there was a time they struggled to win trophies but the balance sheet looked good. Then you look at other clubs that bought themselves within a whisker of bankruptcy. The thing with soccer clubs is you can do commercially so much more than in rugby.

“In rugby you get little recognition for developing players. When a player's contract expires he can walk out a free agent. The only person who benefits then is his agent.

“It begs the question which business model is the best? The team that develops from within or the team that sits there and buys players? They may win a trophy, but the next year that is forgotten.”

Allers said this season has been an anomaly because of the extended effect of the Covid-19 pandemic.

“This has been a strange year. We still have a handful of spectators in the stands. Next season we will be better organised and one will make more sense of what is really happening. The Lions will be much more competitive and we will do it with the talent we identify and develop.”

After confirming the capture of Vincent Tshituka, the Sharks are expected to soon announce the signing of another Lions star, Carlu Sadie.
Sport
1 week ago

Bulls captain Marcell Coetzee admits he may not be what the Springbok coaches are looking for after his recent controversial snubs.
Sport
1 week ago

New Zealand's two-time World Cup-winning captain Richie McCaw has backed teams from the northern hemisphere to continue making a major affect in the ...
Sport
2 weeks ago