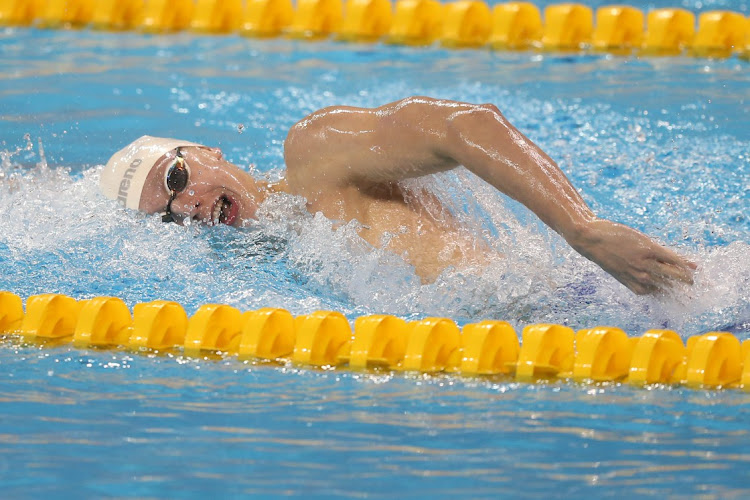 Matthew Sates continued his European tour unbeaten on Thursday as he added gold in the 200m individual medley for his seventh victory of the Mare Nostrum series.

Sates, with four wins in Monaco at the weekend and two on the opening day in Barcelona on Wednesday, was in fine form again on Thursday as he hammered Olympic bronze medallist Jeremy Desplanches of Switzerland by almost two seconds.

The South African phenomenon, who clocked 1:58.31, scratched from the men’s 400m freestyle, which was held just minutes later.

In the 50m race Coetze went 24.78 as he lost out to American Michael Andrew (24.64), whose parents are South African expats.

Chad le Clos went out hard in the 200m butterfly, but he had to settle for fourth, touching in 1:56.38 behind Olympic champion Kristof Milak of Hungary, who went 1:53.89 to break the South African’s series record.

The series moves to France for the final third gala at the weekend.