LIV Golf tees off in London, Charl Schwartzel in front 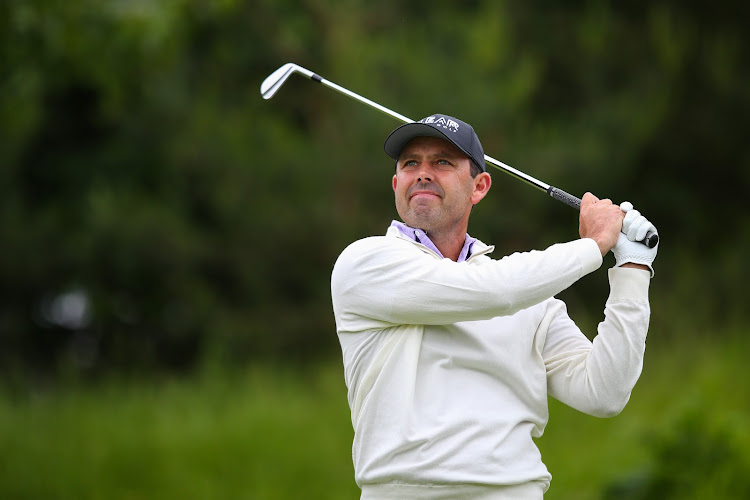 Charl Schwartzel of SA tees off on the 14th hole during day one of the LIV Golf Invitational at The Centurion Club on June 9 2022 in St Albans, England.
Image: Craig Mercer/MB Media/Getty Images

Charl Schwartzel of SA shot a 5-under-par 65 on Thursday to become the first opening-round leader of a LIV Golf Invitational Series event, although it was the controversial tour itself that was pushed further under the microscope.

Tied for third were Scott Vincent of Zimbabwe and Phachara Khongwatmai of Thailand at 3-under 67.

The Saudi-financed golf league is seen as a rival to the PGA Tour and has garnered criticism for attempting to help "sportswash" Saudi Arabia's human rights record.

Many players applied for a "conflicting event release" from the PGA Tour to play at Centurion Club this weekend, but were denied and chose LIV anyway.

LIV nonetheless attracted several of the most recognisable names in golf, including Phil Mickelson, Dustin Johnson, Sergio Garcia of Spain and Louis Oosthuizen of SA, offering purses far exceeding those found on the PGA Tour.

LIV Golf features three-round tournaments with an individual and a team component.

Player fields will be divided into teams of three every week via a draft.

The three teams with the best combined scores for the week will earn additional prize money.

The all-South African Stinger GC (9 under) has a hefty six-stroke advantage on the team leaderboard thanks to Schwartzel and du Plessis. Branden Grace (2 under) and Oosthuizen (2 over) make up the rest of the team.

Tied for second were Hyflyers GC and Crushers GC at 3 under.

Mickelson, playing his first tournament since early February, rebounded from a double bogey to shoot a 1-under 69. Johnson also carded a 69.

He had gone on hiatus for several months after comments he made to author Alan Shipnuck about LIV that were revealed in February.

Mickelson called the Saudis "scary (expletives) to get involved with" and admitted the country had a bad human rights record, but said he planned to deal with them as a leverage play on the PGA Tour.

The longtime golf journalist said on Thursday on social media that, after receiving a credential to cover the event, he was "physically removed" from Mickelson's post-round press conference.

The world No.2 came back strongly after withdrawing from the Memorial tournament last year to win US Open
Sport
2 months ago