Dominant Nomeva knocks the stuffing out of opponent and his glove 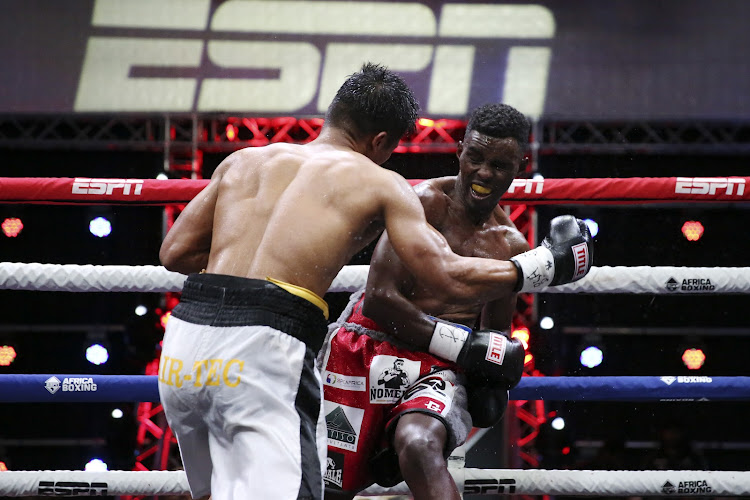 The taller Nomeva displayed more skills and better speed and a higher workrate as he hit his opponent with everything except the corner stool to win a convincing decision.

The only thing going for Yanong was a right hand that seemed to sting Ndongeni in the first round.

The South African made life difficult for himself by perpetually moving to his left, into the right hand.

But once he found his rhythm and slipped into his comfort zone, Ndongeni was in full control, clobbering the Filipino at will. He rocked him with a two-handed combination to the head early in the final 10th round, although even that couldn’t prevent Yanong from advancing.

Soon afterwards Ndongeni’s left glove burst, with the stuffing sticking out. Referee Pumeza Zinakile, instead of insisting the gloves be changed, allowed the slaughter to continue for the remaining minute or so.

Ndongeni improved his record to 30 wins and two losses while Yanong dropped to 11 victories, seven defeats and a draw. 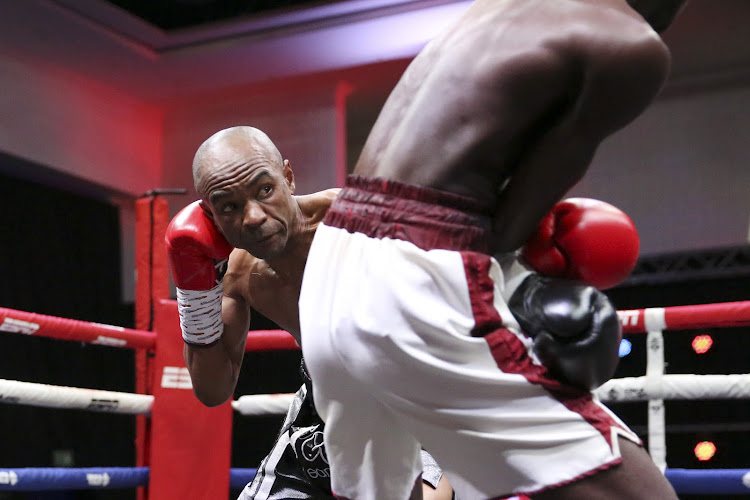 There was a moment in the second round when, with the gangly foreigner tying up Chauke on the inside and proving awkward and turning the contest, quite frankly, into a fistic eyesore, that a sense of deep dread must have descended on onlookers fearing this could go the distance.

But Chauke, the SA flyweight champion, did what any decent fighter does when presented with a spoiler — he put him away.

He caught him with a short left hook early in the third round and Mukapisi suddenly looked like a tower that had just been imploded as he swayed on his feet before tumbling to the canvas.

Mkupasi beat the count, but Chauke attacked relentlessly and the referee thankfully ended the massacre. Had this continued for any length of time some of the fans would have thrown in the towel.

Chauke improved to 21-1-2 while Mkupasi, somehow, suffered the first defeat of his career, dropping to 9-1. The standard of the Tanzanians on the past couple of ESPN Africa shows have been poor. 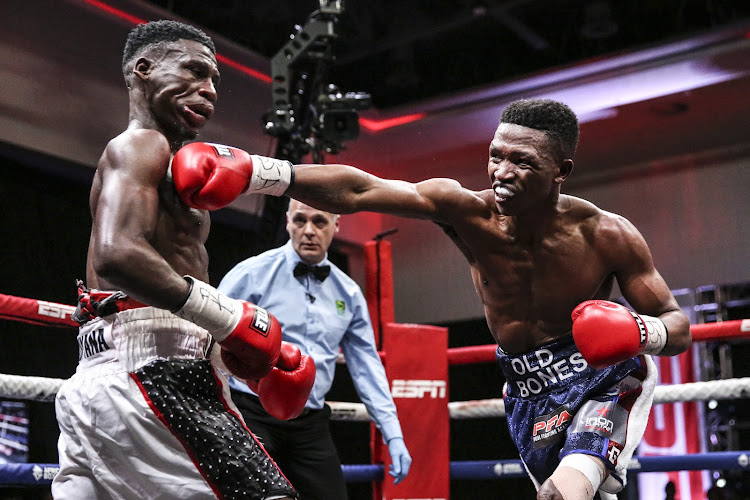 Mzuvukile Magwaza lands a clean shot on Sabelo Ngebiyana, but he enjoyed too few of these moments and suffered his first defeat.
Image: SUPPLIED

Mzuvukile Magwaza lost his unbeaten record to Sabelo Ngebiyana in a fight that failed to live up to its billing as the most mouth-watering contest on the card.

It was only Magwaza’s second fight back after being shot in the leg by home invaders in early 2018, and perhaps the absence counted against him.

Magwaza, who dropped to 21-1-3, was too hesitant against a southpaw who darted in and out scored with his hit-and-run tactics.

When the duo finally went to war in the seventh fans finally saw what might have been, with Magwaza enjoying the advantage before getting stung late in the round.

And then he went back to his low-key strategy in the final eighth.

Lucky Monyebane beat veteran Koos Sibiya over eight rounds to lift his record to 9-3. Sibiya, who is 41, dropped to 25-16-5.

Anisha Basheel used her superior reach to hammer Kholosa Ndobayini around the ring before dropping her with a bolo punch in the fifth round.

Ndobayini, who walked into the ring with a black eye, was an unmissable target and her corner could have thrown in the towel two rounds before they did.

She soaked up enormous punishment and although she showed heart by trying to fight her way back in the fourth round, it really wasn’t an investment in her future.

Basheel eventually felled her opponent with an uppercut that she started almost from the floor. Ndobayini beat the count, but was unable to avoid the next flurry of punches and the towel flew in as a mercy midway through the fifth. 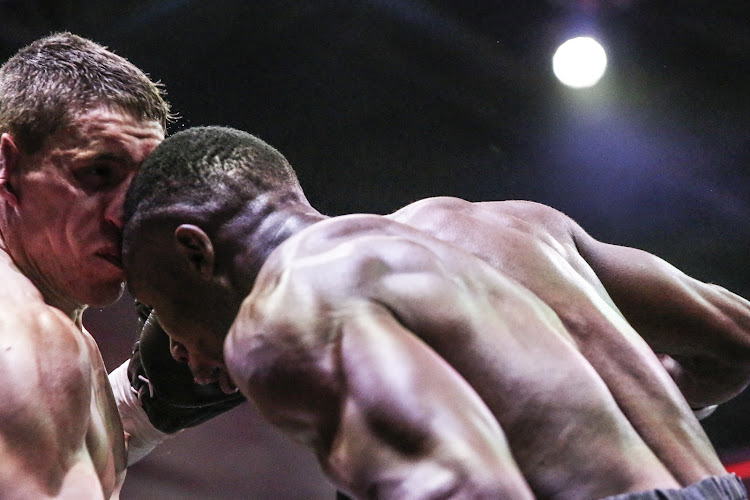 Athenkosi Plaaitjies and Emile Brits engaged in the bloodiest fight of the night.
Image: SUPPLIED

Athenkosi Plaatjies, a top amateur in his day, took a six-round trip to hell and back to beat Emile Brits, a kickboxer-turned-pugilist, in a bloody slug-fest at middleweight.

The three judges all had him winning by two points, but that gap didn’t do justice to the damage that both fighters endured, and the blood they literally left in the ring and on the ringside personnel.

Brits hurt Plaatjies a few times, but he wasn’t able

Plaatjies’s record improved to 5-0 while Brits dropped to 2-1, but given the heart and determination he displayed, his gloss as a prospect is still there.

It was entertaining bout, with both landing decent shots, but the taller Van Heerden had the superior work-rate and movement that helped earn him the win.