Team SA bag one silver, three bronze medals as they slip down standings 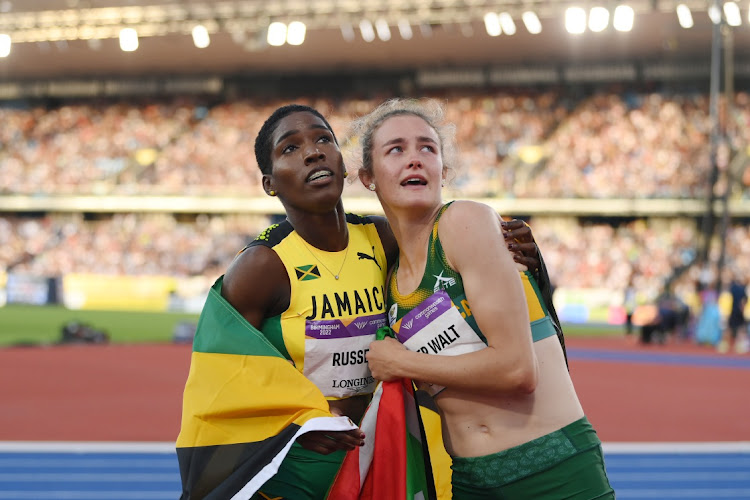 De Lange was fighting in the same division where SA took gold at Gold Coast 2018, courtesy of Martin Erasmus, but he came up against skilled Canadian Nishan Randhwawa in the final, going down 3-9 on points.

What he lacked in skill he made up for with heart, trying until the very end to score an unlikely win.

Boxers Simnikiwe Bongco and Phiwokuhle Mnguni both lost their semifinals on points, but that entitled them to bronze.

Zeney van der Walt delivered a sensational storming finish in the women’s 400m hurdles as she came from near the back of the field to take the bronze in a 54.47 sec personal best.

Had she timed her run a little better she might have stunned Jamaica’s defending champion Janieve Russell, the winner in 54.14.

The men’s hockey team lost a hardly fought semifinal against India 3-2, relegating them to the bronze-medal playoff on Monday, the final day of the Games.

The day’s haul could not prevent Team SA, with seven gold, eight silver and 11 bronze medals, from sliding to eighth on the medals table after being overhauled by Nigeria.

Bittersweet bronze for Bongco as wrestler shoots for gold

Tears and bronze medals flowed for Team SA at the Commonwealth Games on Saturday, while wrestler Nicolaas de Lange had to settle for silver in the ...
Sport
3 days ago

Not many medals after a dearth of support

By the time the curtain falls on the Commonwealth Games in Birmingham tomorrow, Team SA will almost certainly have notched up its lowest tally of ...
Opinion & Analysis
3 days ago

Visually impaired star Ndodomzi Ntutu defended his 100m crown at the Commonwealth Games in Birmingham on Thursday to give Team SA a much-needed gold ...
Sport
5 days ago