Little known University of Johannesburg (UJ) batsman Stefan Klopper wrote his name into Varsity Cricket history books by smashing the fastest century of the tournament with an imperious and unbeaten 101 from just 54 balls. 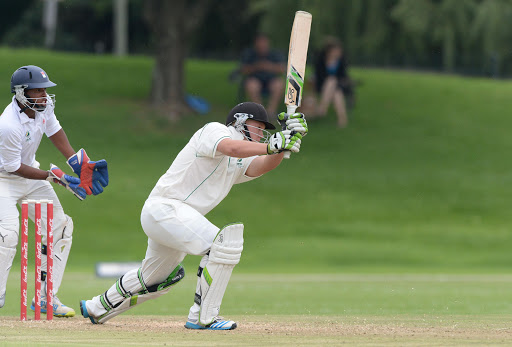 Klopper's century helped UJ to demolish their Gauteng rivals University of Pretoria (UP) by 98 runs during theirT20 encounter that was played under the lights at Senwes Park in Potchefstroom on Thursday night.

His knock included eleven boundaries and three maximums and he scored at an amazing strike rate of 187.03 as he scored from all angles of the field to punish the hapless UP bowlers who failed to get the better of him.

Reflecting on his heroics after the match‚ a visibly excited Klopper said the knock was a special moment for him and he was just happy to have contributed to the success of the team on the night.

“It is my first Varsity Cup‚ I just wanted to make a difference in the UJ side and luckily I did it.

"Fortunately the score that I put up was enough to help the team to win the match and we will move on to other matches with confidence‚” he said.

Klopper also shared a match winning second wicket partnership of 174 with Ryan Rickelton to help UJ to a mountainous total of 223 for the loss of one wicket which proved to be too much for UP.

“I have known Ryan (Rickelton) for a couple of years now‚ he is a good mate of mine and it was special to share the partnership with him.”

Having being set a mammoth target of 224 to win‚ UP never got going in their chase as they lost key top and middle order wickets cheaply with Rubin Hermann their biggest contributor with 34 runs.

Jivesan Pillay and Migael Pretorious contributed 23 and 24 respectively to the UP scoreboard but the damage had already been done as they went on to be dismissed for 125 after 18.3 of their allotted 20 overs.

Kofi Apea-Adu‚ Justin Watson and Juan Landsberg claimed two wickets apiece while Matthew Varner and Hlumelo Cekizani contributed one each as UJ made light work UP to register the crushing victory.