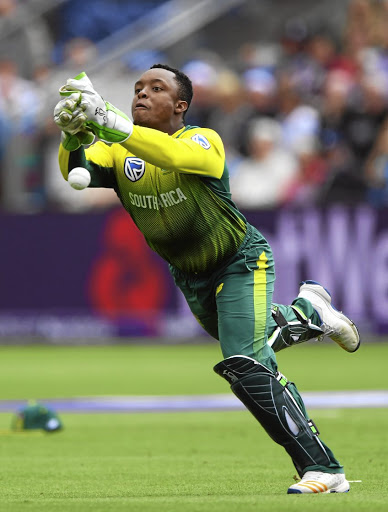 Heino Kuhn has waited 33 years and 133 first-class matches to be named in South Africa's Test squad. Yesterday, he was among the 16 players picked for the Test series in England next month.

The moment might have been in 2015-2016 when Kuhn was the leading run scorer in the franchise first-class competition, or in 2006-2007, when he was second from the top.

Instead, it came after he had scored an undefeated 200 for South Africa "A" against Hampshire in Southampton earlier this month.

That's when the selectors told him his summer in England would continue for a couple of months.

Other notable decisions were the inclusion of Andile Phehlukwayo at the expense of Wayne Parnell, and that Dean Elgar would captain South Africa in the first Test at Lord's if Faf du Plessis does not make it back in time from attending the birth of his and his wife Imari's first child.

In batting terms, Aiden Markram is the Plan B if Du Plessis isn't around.

As if to celebrate his elevation, Kuhn made 105 against the England Lions on Thursday.