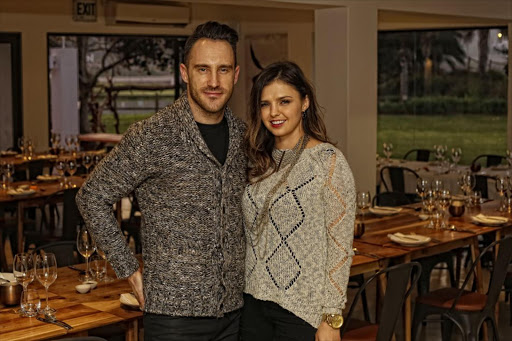 Family has come first for Faf du Plessis‚ who will miss the opening match of South Africa’s test series against England at Lord’s on Thursday.

Du Plessis became the father of a baby girl on Thursday and‚ according to a Cricket South Africa release on Monday‚ “will be unable to return in time”.

The closing of that door has opened another for Dean Elgar‚ who will become the 12th man to captain South Africa’s test team since readmission.

“Faf’s wife gave birth to their first child last week but the difficult nature of the delivery has delayed his return to the UK‚” the release quoted South Africa’s team manager‚ Mohammed Moosajee‚ as saying.

“The mother and baby have settled at home‚ but he will be unable to make it back in time to take part in the first test match. He will link up with the squad in the UK later this week.”

Du Plessis’ absence could mean Aiden Markram‚ who was named in the squad as cover‚ is set to make his debut.

Theunis de Bruyn‚ who played his first test against New Zealand in Hamilton in March‚ is another option to fill the vacancy.

Elgar will be happy that the leader of his attack‚ Vernon Philander‚ has been passed fit from the ankle injury he sustained while playing for Sussex.