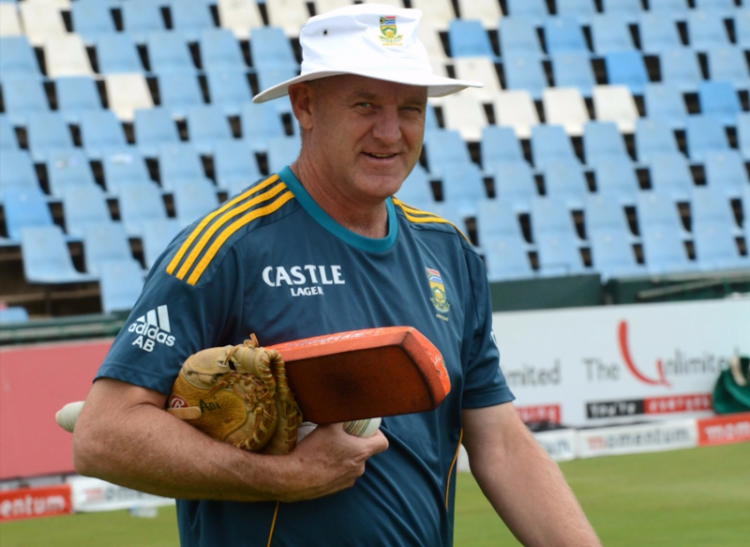 For 53 minutes and 72 balls at The Oval on Monday‚ South Africa were in with a shout in the third test against England.

Not of winning it‚ of course: in all the 2265 tests played previously no-one had yet chased down the 492 they needed.

But a draw wasn’t out of the question when South Africa resumed on the last day.

The 98th over — the minimum number to be bowled on the day — was far away‚ and the weather wasn’t going to get in the way.

But‚ as assistant coach Adrian Birrell had said after stumps on Sunday‚ “There is hope.”

Ball No. 73 was delivered by debutant Toby Roland-Jones to Bavuma. It swung in after pitching‚ hit him below the roll‚ and on review was adjudged to be hitting the top of middle.

Bavuma batted for almost two-and-a-half hours and faced 97 balls for his 32‚ and shared 108 with Elgar.

Vernon Philander shouldered arms to his first ball. Another inswinger‚ it also crashed into his pads and pinned him leg-before.

Five balls later‚ Elgar‚ marooned at the other end on 97 while those wickets fell‚ eased Moeen Ali over mid-off for four to reach his eighth century.

Elgar and Chris Morris took South Africa to lunch with little further drama‚ but the end came swiftly in the 10th over of the second session.

Moeen to Elgar‚ who drove and was caught at slip.

Perhaps because they knew England were going to win‚ perhaps because they know and appreciate a damn fine innings when they see one — and Elgar’s 136 in five-and-a-half-hours off 228 balls was exactly that — The Oval crowd stood as one and applauded him all the way back to the dressingroom. Good on them.

It was the third time a test had been clinched with a hat-trick and the first time that had happened at this ground.

London — South Africa’s chances of winning their test series in England all but evaporated at The Oval on Sunday.
Sport
4 years ago

Not bad for a bowler who needs to be told he is not England’s first-choice spinner.

What did Elgar think of reaching a century and becoming a hat-trick victim all on the same day?

“The script is always being written by somebody else.”

Elgar spent much of his time at the crease in pain caused by being hit on the left hand while fielding off his own bowling in England’s second innings.

Had he been for an x-ray?

“It would be a waste of money‚” he said.

“As I sit here now I’m ready to play the next game in Manchester.”

Besides‚ the bruises tended to focus the mind of a player who is at his best when he is looking at the world from inside a trench.

“I’d prefer not to get hit‚ but it puts me in a different mindset‚” he said. “It’s part of the game — you’ve got to take the blows.”

Faf du Plessis concurred that pain and suffering came standard in test cricket: “Just look at Morne Morkel’s toes. He’ll tell you he bowls with them whatever they look like.”

London — South Africa took six wickets in a session but England piled on problems for the visitors in the third test at The Oval on Sunday.
Sport
4 years ago

Bromance aside‚ South Africa have three days to regroup before the last match of a series they can no longer win.

Pertinently‚ Elgar’s century was the first scored by a South African in the rubber.

“Dean has got that hundred monkey off our backs but as a batting unit we would like to score more runs‚” Du Plessis conceded.

Indeed‚ only twice in South Africa’s last six tests has a batsman celebrated a century. Both times he has been Elgar.

Not the least wantful among those who need to do better is South Africa’s captain himself‚ who will go to Old Trafford with the ghost of having been trapped in front offering no stroke in both innings at The Oval rattling around his memory.

“The first rule of batting is to use your bat‚” he said.

Such straightfaced‚ clear-eyed honesty is a good thing when push comes to shove.

But South Africa were found wanting‚ and on all five days‚ when it did at The Oval.

They have the chance to fix that‚ to some extent‚ at Old Trafford.

London — Keaton Jennings’ wicket was South Africa’s sole reward as England continued to control the third test at The Oval on Sunday.
Sport
4 years ago

Lord's is the home of cricket, but The Oval is its heart

Her voice could have frozen the foam atop a pint of bitter: "Excuse me!" It was the voice of someone used to issuing orders and having them carried ...
Sport
4 years ago

With a voluptuous pop, a champagne cork parted company with its bottle and leapt into the honeyed sunshine that soaked the scene.
Sport
4 years ago

Modern batting techniques could change the face of cricket forever

Does proper cricket still need proper batting in the age of high-octane hitting?
Sport
4 years ago