Morkel‚ Olivier won't want to be part of Anderson's history 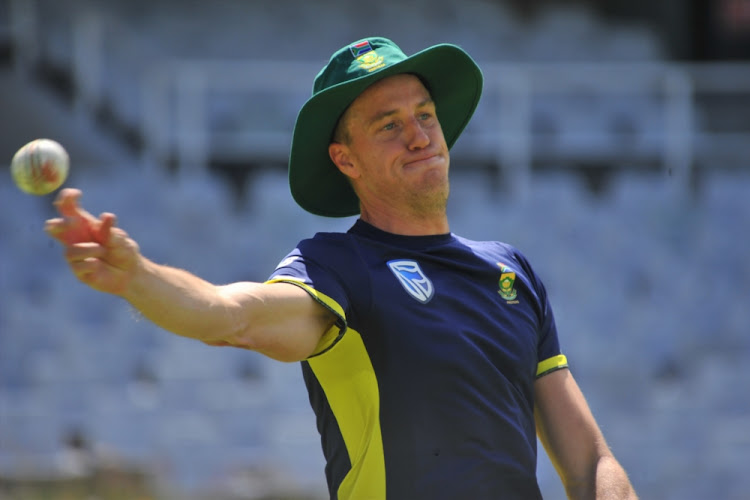 Morne Morkel or Duanne Olivier could make history at Old Trafford on Sunday‚ but neither of them will want to be part of this particular entry in the annals.

Should James Anderson dismiss either of them on the third day of the fourth test against South Africa‚ who will resume on 220/9 in reply to England’s first innings of 362‚ he will have his 23rd five-wicket haul in tests.

That’s not the historic bit.

Anderson has claimed seven of his other five-fors at Trent Bridge and four at Lord’s. He’s done it twice at Chester-le-street‚ Edgbaston and Headingley‚ and a mere once at Wellington‚ Newlands‚ Galle‚ Southampton and Bridgetown.

But he has never taken five in a test innings at Old Trafford — his home ground for Lancashire‚ the only county he has represented in his 15 years of first-class cricket‚ and where he had played 37 of his 212 matches at that level going into the fourth test.

Part of that strange gap in his career can be put down to circumstance: Anderson has played 20 tests at Lord’s‚ a dozen at The Oval‚ nine at Trent Bridge and eight each at Edgbaston and Headingley.

What about Old Trafford? Six before this one.

The closest Anderson has come to putting his name on Old Trafford’s honours board in previous tests was when he claimed 4/118 against New Zealand in May 2008.

Oddly‚ he already have his name on something rather more grand at the ground — on Friday what used to be the Stretford End was redubbed the James Anderson End.

His figures on Saturday‚ 4/33 — all of them taken from his own end — told of a far more dominant performance than that of nine years ago.

What are his chances of getting over the line on Sunday?

“First I’ve got to get the ball out of Stuart Broad’s hand‚” Anderson said at stumps on Saturday.

Broad ended the day’s play by having Kagiso Rabada caught in the gully by Ben Stokes.

There were three balls left in the over‚ which means Anderson might have to think hard should Olivier‚ the incoming No. 11‚ hit one of those deliveries at him.

To catch it‚ or not to catch it? Now there could be a question.