Gibson the right man for the SA job‚ says Simons 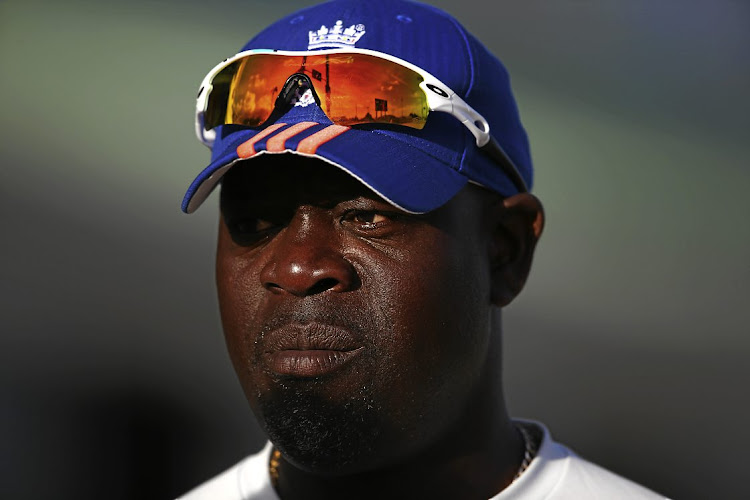 A fresh approach‚ experience‚ and the right man for the job: Ottis Gibson pushed all the right buttons to become South Africa’s new coach.

That’s according to Eric Simons‚ a member of the panel Cricket South Africa appointed to find a successor to Russell Domingo.

“He’s going to bring a fresh outlook‚” Simons said. “He’s got a lot of experience now‚ and he has coached at a number of levels.

“He’s coached West Indies‚ where he ended up losing his job. I think in that process as a coach you end up learning a lot.

“We asked a lot of questions about him — what he’s like‚ what his style is — and we obviously need to marry the relationship not only with him and the team but especially with the captain. I think they are going to fit well together from that perspective.

“He is a good thinker‚ a good planner of the game‚ and I think that’s what (captain) Faf (du Plessis) likes; he likes that information and that relationship is very important.”

What separated Gibson from other candidates who were in the running — one of whom was Domingo‚ who had spent four mostly successful years in the position?

So complicated is matter of who should open the batting with Dean Elgar in the Proteas Test side that even former premier all-rounder Jacques Kallis ...
Sport
4 years ago

“He has international experience and I think he learnt a lot through that tough period with West Indies.

“In speaking to him and the players around him‚ he was very honest about what he has learnt and what he has become.”

Was Gibson the panel’s first choice?

“He emerged as the first choice because that’s the one we picked at the end of the day. It was a very good process. Everybody started on an equal footing and then it slowly emerged.

“It was not just a case of picking the person — you also have to marry what’s needed. We are not far away from an ICC (International Cricket Council) tournament (the 2019 World Cup)‚ although it may feel far away.

Gibson’s appointment ahead of seasoned South Africans like Lions coach Geoff Toyana raised questions about the quality of the skills available in the country.

Cricket South Africa (CSA) on Friday confirmed Bollywood actress Preity Zinta as the owner of the Stellenbosch Monarchs in the upcoming T20 Global ...
Sport
4 years ago

Were South Africa’s coaches not good enough to step up to the international stage?

The fact that Gibson was a foreigner — albeit someone with intimate knowledge of South African cricket having played for three provinces in the 1990s — was‚ for Simons‚ an advantage.

“Mickey Arthur has worked well in Pakistan‚ Gary Kirsten did it in India‚ Trever Bayliss has done well in England.

“Sometimes being able to look at it from a different perspective is refreshing.”

South Africans have spent 25 years waiting for their often highly-regarded team to win a World Cup‚ a Champions Trophy or‚ since 2007‚ a World T20. What did the team need from their coach to take them to that level?

“Someone who has coached at an international level‚ someone who is going to bring fresh ideas and look at things from a different perspective.”

Simons‚ respected internationally for his coaching abilities and a survivor of the South Africa job itself‚ should know of whence he speaks.

We’ll see for ourselves soon enough: Gibson arrives on Monday and his first match in charge is the Potchefstroom test against Bangladesh‚ which starts on September 28.