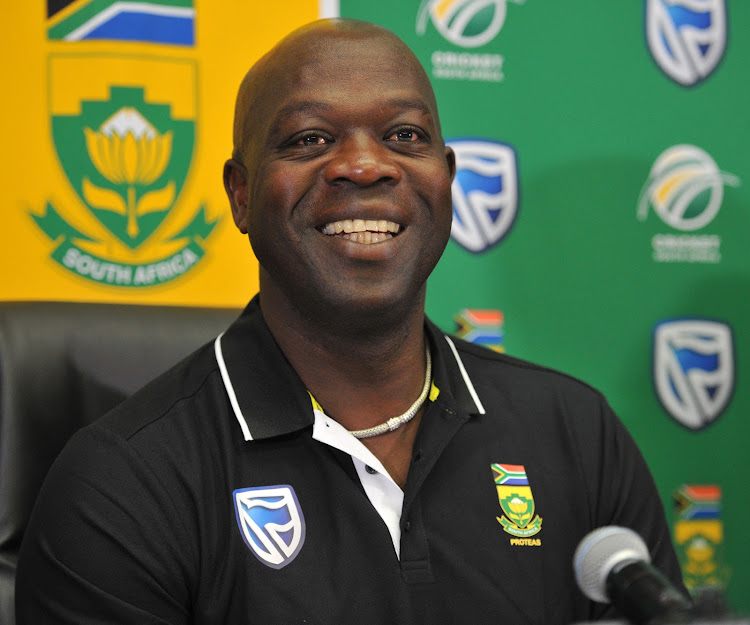 New Proteas coach Ottis Gibson has committed to continuing the advancement of Cricket South Africa's (CSA) transformation agenda during his stint with the senior national team.

In his first press conference since he was confirmed as the SA head coach a few weeks ago‚ Gibson said he was ‘aware’ of the transformation issues and his selection of players and the technical team will be a continuation of what he has found in place in side.

“That process has been happening before I got here‚" he said on Tuesday.

"As far as team selection is concerned‚ we will continue on the path that we are on at the moment.

"The chairman of selectors and the captain have got a handle on that.

"I am very much aware of the transformation issues and certainly when it comes to picking the support staff that will be part of it.

"I have been given the backing of CSA to pick what I consider to be the best people to take the team where I want it to be forward.”

Gibson’s first assignment is the first Test against Bangladesh in Potchefstroom next week and he will be supported by members of the the technical team that worked with former coach Russell Domingo.

But the coach indicated that he could still appoint his own technical team after the Bangladesh series if he feels the incumbents do not fall in line with his coaching philosophy.

“Over the next four to five weeks when I speak to coaches I will try and get the best people for the jobs that I want them to do.

"With the support staff‚ cricket is not like football where when the manager gets fired‚ the person who comes in brings a whole new support staff and backroom‚ and even a new media person.

"I am very aware that I have a game in two weeks which does not give me a lot of time to go and pick people.

"The guys who are here are part of the team that took (SA) to number one in the world and they know the players very well.

"What I have decided along with the CSA is to keep the people who are here for now so that it gives me time to assess until the end of the Bangladesh series‚” he concluded.

Rabada has grip on T20 cauldron

After fetching R9.8-million to play for the Delhi Daredevils earlier this year, Proteas fast bowler Kagiso Rabada finds himself with the pressure of ...
Sport
4 years ago

Time to get to the facts of Gibson's coaching quality

Much of what has been said and written about Ottis Gibson’s appointment as South Africa’s coach has centred on opinion.
Sport
4 years ago

All you need is love, Proteas

When Ottis Gibson arrives, he and Faf - and the senior players - have to hit it off
Sport
4 years ago

Why the game of cricket deserves Preity Zinta and her ilk

The game’s soul might have been saved. Instead deals have been made with the Daredevils
Sport
4 years ago