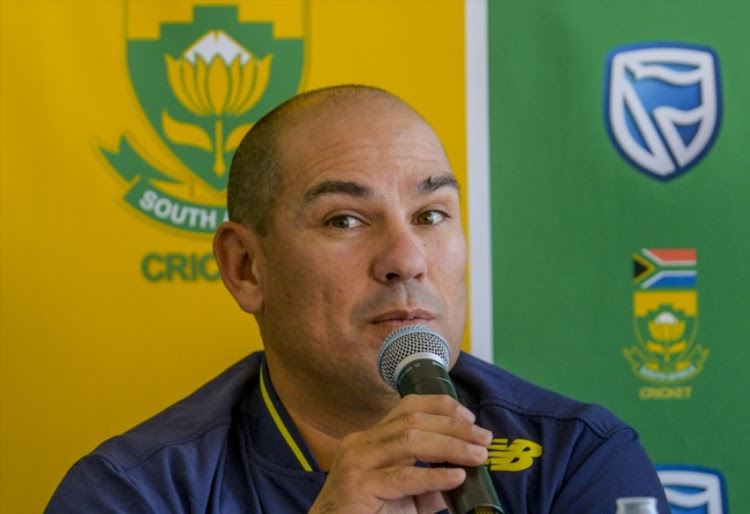 Russell Domingo has spoken candidly about losing the Proteas coaching job‚ describing it as a huge weight off his shoulders.

Domingo‚ who has been with the senior national team for four years‚ admitted that coaching the Proteas was a high-pressure job that came with its fair share of challenges and pleasures.

“Coaching the national team is definitely a high-pressure job and definitely I feel like a weight has been lifted off my shoulders‚" he said.

"I have loved my time being the national team coach for four years but to be honest it wears you down.”

Domingo is preparing the South Africa Invitation XI to play a three-day tour match against Bangladesh at Willowmoore Park in Benoni starting on Thursday.

“I have been doing this head coaching job now for almost 10 years non-stop and it is nice to get away from that type of pressure and re-invent myself as a coach‚" he said.

"I am in a good space at the moment and looking forward to this next chapter of my coaching career where I will be working with the younger players at the CSA academy and South Africa A.”

Asked what he has been up to in the past few weeks‚ Domingo said he has enjoyed every moment of doing daddy chores at home‚ spending time with his family and fishing.

Russell Domingo has endorsed Ottis Gibson's appointment as Proteas coach and described his successor as a good human being who will go the extra mile ...
Sport
4 years ago

“It has been fantastic few weeks of my life doing dad’s chores‚ which is priceless.

"I am going to watch my son play cricket next week in King Williamstown.

"I have only watched him play twice in four years and I can’t wait.

"Taking my kids to school has been very ‘lekker’ also‚” he said.

Domingo said he learned quickly during his time as national team coach that he could not satisfy everyone.

“When the team wins‚ people praise the players and when they lose the criticism goes to the coach‚” he said.

Asked if new coach Ottis Gibson and the selectors should give 22-year old opening batsman Aiden Markram his debut against Bangladesh next week‚ Domingo said he was happy that he was no longer part of that kind of tough decision-making.

“The selectors must make that decision.

"He is obviously in fantastic form but I like to be fair to players.

"A guy like Heino Kuhn went to England and played under really tough conditions against a high quality bowling attack in his first Test series.

"If you remember Dane Vilas‚ he went to India and played under horrible conditions.

"I guess my loyalty will always go with trying to give the guy another crack on our conditions‚ but the future will always be favoured with the view of going with a younger player‚” he said‚ adding that Quinton de Kock must bat at number six.

"Seven is magnificent if you have batters who can bat for him and you have a top order batter who can bowl.

"If you don’t have a top order batter who can bowl‚ I will bat him at six.

"You have to have the guy who can take on the second new ball‚ score runs quickly with the lower order and he is also technically good enough and he fits that profile very well.” - TimesLIVE