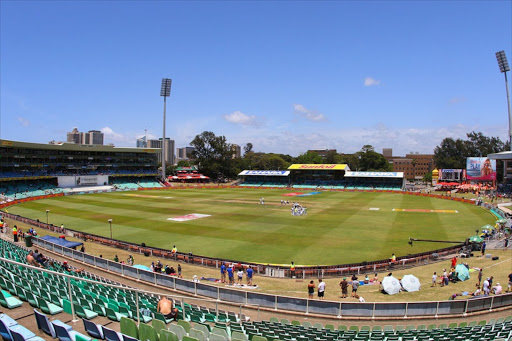 This summer‚ for the first time since South Africa’s re-admission to Test cricket 25 years ago‚ Kingsmead Stadium in Durban will not host India in a home series of at least three matches.

The itinerary for India’s tour‚ which was finally announced on Wednesday‚ includes neither a Boxing Day nor a New Year Test — both firm fixtures on the South African calendar.

Instead‚ India will start the series at Newlands on January 5 before playing in Centurion and at the Wanderers in Gauteng.

That’s one fewer Test than they were set to play‚ but a one-day international has been added to the schedule.

“With the shortened tour it was a tricky one for [Cricket South Africa] to sort out‚” Dolphins chief executive Heinrich Strydom said.

“We just want to serve cricket as best as we can.”

Subjecting the Indians to consecutive tests on the harder‚ faster Highveld pitches could be interpreted as South Africa’s reaction to the diabolical surfaces they were forced to play on in India in 2015.

Leaving Kingsmead out of the equation could also be a tactical ploy: South Africa have won only four of the nine tests they have played there against Asian opposition.

Durban’s slower pitches might thus be seen as having played into sub-continent teams’ hands‚ and the significant support those sides tend to receive from the city’s large Asian community won’t have helped the ground’s cause.

But it will no doubt sting that community that a venue that staged South Africa’s first home test after isolation‚ against India in November 1992‚ would seem to have been at best ignored and at worst snubbed.

A CSA release on Wednesday did not give reasons for the decision.

The only other time on a tour of South Africa that India did not play a test in Durban was in November 2001‚ when only two matches were scheduled — in Bloemfontein and at St George’s Park.

This summer Kingsmead will have to be satisfied with a mere ODI out of the 12 matches India will play in South Africa.

If Kingsmead is on the swings‚ Centurion is on the roundabouts. In addition to the second test the latter will host two ODIs and a T20.

India’s women’s team will also visit South Africa this season to play three ODIs and five T20s‚ the last three of the latter as part of a double-header with the men’s fixtures.