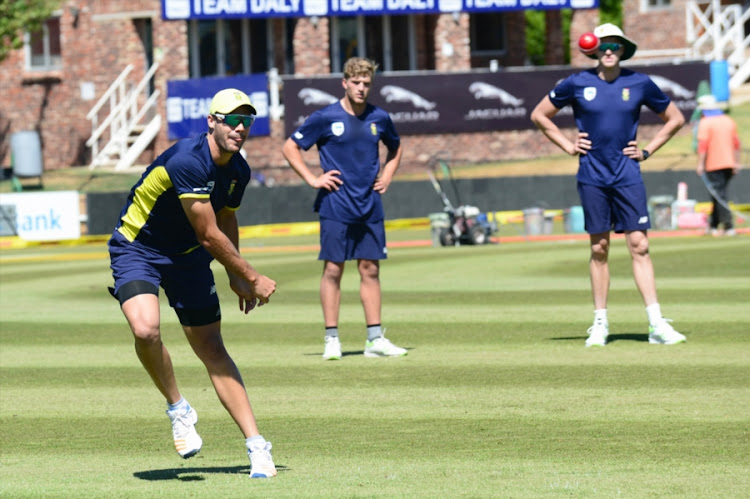 Proteas captain Faf du Plessis has advised opening batsman Aiden Markram to forget all the noise outside as he prepares to make his Test debut against Bangladesh at Senwes Park in Potchefstroom on Thursday.

The 22-year old Markram will open the batting with his Titans team-mate Dean Elgar and Du Plessis said it was important for him to stay focused on the job at hand.

“Enough has been said about Aiden in the past week or so and we know that he is a quality cricketer with youth on his side‚" Du Plessis said.

"For me‚ it is important that he doesn’t listen too much to the things that are being said out there about him.

"It is really important for him to stay focused on the fact that he is just playing another game and walking out to play as he would for the Titans‚” said Du Plessis in his pre-match press conference at Senwes Park on Wednesday.

Du Plessis‚ who hinted that Dolphins all-rounder Andile Phehlukwayo may also make his Test debut against the Tigers‚ added that Markram must take everything in his stride in the build-up to the match.

“He must make sure that there is no extra pressure on him‚ and in fact‚ try to take all that away from him.

"He must be as comfortable as possible with the knowledge that he is going to play for South Africa.

"He must have the freedom to go out there and just play his normal game.

“He has a very good shoulder on his head and I think someone like that generally learns quickly and if there was one or two things that he was going to learn in international cricket‚ he will make those decisions quickly.

"Players like that generally step-up to international cricket a lot quicker.”

Fiery fast bowlers letting fly at dashing or defiant batsmen is the most compelling part of test cricket’s plot‚ the distillation of the game to its ...
Sport
4 years ago