Skipper has sage advice for rookie on his debut 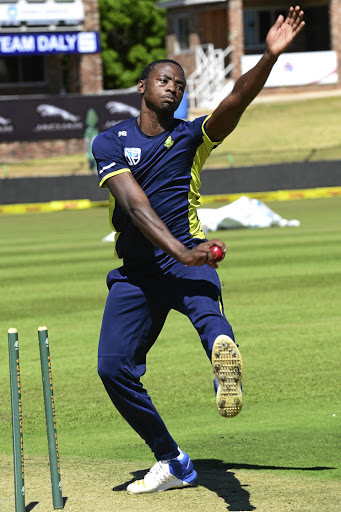 Proteas captain Faf du Plessis has advised opening batsman Aiden Markram to forget the noise as he prepares for his Test debut against Bangladesh at Senwes Park in Potchefstroom on Thursday.

The 22-year old Markram will open the batting with his Titans teammate Dean Elgar.

"Enough has been said about Aiden in the past week or so and we know that he is a quality cricketer with youth on his side," Du Plessis said. "For me, it is important that he doesn't listen too much to the things that are being said out there about him," said Du Plessis in a press briefing at Senwes Park on Wednesday.

Du Plessis, who hinted that Dolphins all-rounder Andile Phehlukwayo might also make his Test debut against the Tigers, added Markram must take everything in his stride.

"He must make sure there is no extra pressure on him and, in fact, try to take all that away from him."

Du Plessis said he had requested a bouncy wicket to support his team.

The conditions would probably favour giving Phehlukwayo his first start.

"If it's going to be a flat wicket, probably we will need the extra batting option.

"It looks like it is going to be a good wicket and possibly we will have an extra bowling option," he said.

Du Plessis said the other allrounder in the team, Wayne Parnell, had recovered from injury but would not take part in the first Test, which leaves Phehlukwayo, who was part of the Proteas side in England earlier this year, likely to make his debut.

"With the new season, we will still try to make sure that we can find out what is our best combination," Du Plessis said.

Fast bowler Dale Steyn is also training with the side but he will not play.

"We brought Dale back purely for the fact that he has been away from the squad for a while and we know that from a fitness point of view he still has a few boxes to tick.

"It's just for him to be around our physio and work with him and also to be with the group again to make sure that he feels important.

"He is a crucial part of our team and also to try to help out where he can with some of the younger bowlers."