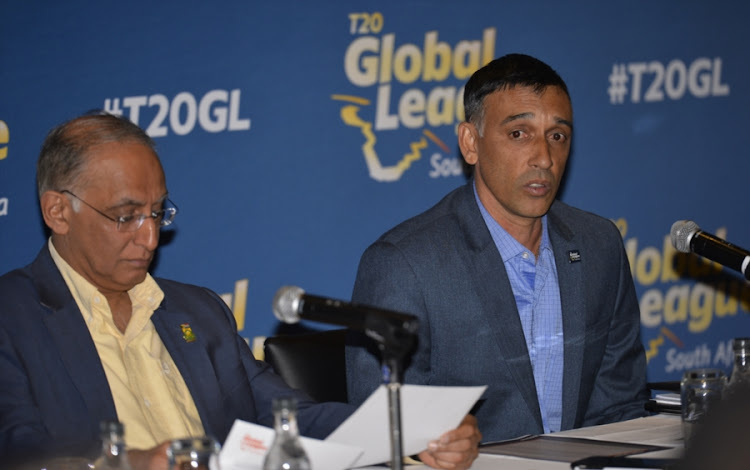 With the countdown to the start of the T20 Global League (T20GL) ticking relentlessly‚ a broadcast deal has yet to be announced.

That will worry franchise owners who have invested millions in the tournament and will know that it is likely to be declared dead in the water if it is not easily available to viewers around the world.

Cricket South Africa (CSA) remain in protracted negotiations with SuperSport‚ but the fact that CSA chief executive Haroon Lorgat was in Mumbai on Monday — “to engage in discussions with potential broadcasters”‚ according to the Times of India — could mean talks with the local network have broken down.

Worse yet‚ as TimesLIVE reported on Thursday morning‚ Lorgat would seem to be on his way out of CSA with his handling of the T20GL’s affairs a key reason for the board’s reported dissatisfaction with him.

And all that with the first ball in the opening match‚ between the Cape Town Knight Riders and the Pretoria Mavericks‚ scheduled to be bowled at Newlands on November 3‚ or 36 days from Thursday.

CSA’s longstanding relationship with SuperSport seems to have been damaged by the intervention of Ortus Sport and Entertainment‚ who have been entrusted with the sole agency of selling the tournament broadcast rights.

Sources have told TimesLIVE that SuperSport’s legal and commercial experts walked out of a meeting with Ortus after hearing the latter’s demands.

A difference of opinion over the rights could be at the heart of the dispute. CSA and by extension Ortus seem to argue that the T20GL rights are not covered by the existing contract with SuperSport and are thus up for sale.

SuperSport apparently believe they already own the rights and should not have to buy them.

Questions have been asked about Ortus’ involvement. The company was formed in April by Venu Nair‚ who in February left French media giant Largardere to set up the new firm.

CSA had apparently promised Largardere the contract to sell the rights‚ albeit without a comprehensive tender process.

This summer‚ for the first time since South Africa’s re-admission to Test cricket 25 years ago‚ Kingsmead Stadium in Durban will not host India in a ...
Sport
4 years ago