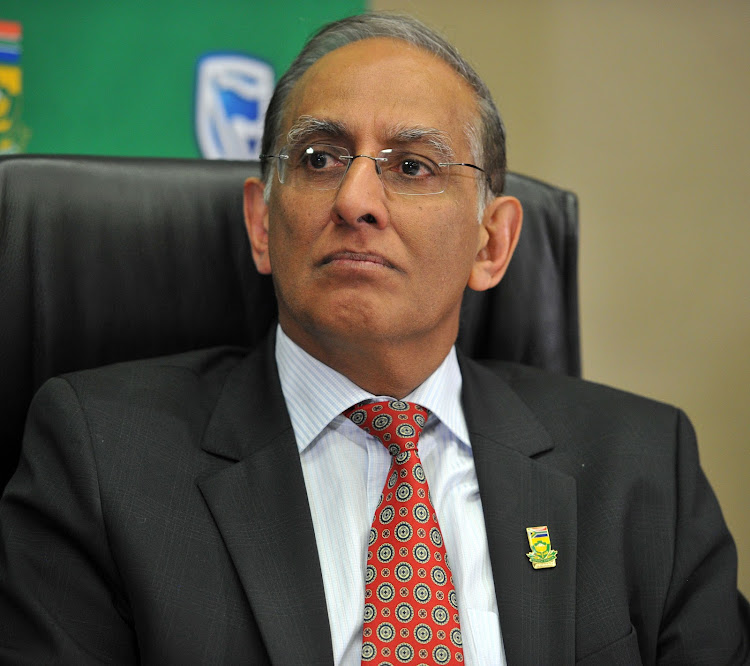 Haroon Lorgat came to Cricket South Africa (CSA) under a cloud‚ generated another almost immediately‚ and is leaving under still another.

Lorgat is appointed CSA’s chief executive in the wake of the bonus scandal and the partial restructure of the board that followed — and against the express wishes of the Board of Control for Cricket in India (BCCI)‚ who have beef with Lorgat going back to his tenure as International Cricket Council (ICC) chief executive.

The BCCI hack India’s tour to South Africa from 12 to seven matches‚ a move widely seen as retribution for CSA’s insistence on appointing Lorgat. As a result CSA lose R218-million in revenue.

Lorgat is cleared by an ICC investigation. The investigation related to allegations that Lorgat had knowledge of a controversial statement about the ICC Board and the Future Tours Programme by the ICC's former legal head David Becker.

Lorgat was accused of helping prepare the statement but he was cleared.

CSA launch their “improved national excellence programme”‚ the result an intensive plan to restructure the game at all levels.

Lorgat leads the initiative‚ which aims to significantly streamline the efficiency of the way cricket is run‚ coached‚ played and transformed in South Africa.

After South Africa’s loss to New Zealand in the World Cup semi-final in Auckland‚ it emerges in the press that South Africa were forced to include a fourth player of colour.

Lorgat repeatedly denies this was done‚ then concedes to being “consulted”.

Lorgat’s contract as CSA chief executive is extended by three years until July 2019.

Lorgat is honoured for his “Leadership in Sport Business” at the “Sport Industry Awards”.

“I think my success is attributed to the team‚ our whole company‚” he says in accepting his award.

Lorgat looms large at the launch of the T20 Global League (T20GL)‚ which is held at great expense in London.

Former players are flown in from South Africa specifically for the function‚ some with no idea why they are present.

Journalists have also been transported and accommodated on CSA money.

Brimstone Investments‚ who were announced as a T20GL franchise owner at the London launch‚ pull out of the tournament — a decision Lorgat terms a “personal disappointment” but says of reporting of the issue that‚ “There are a lot of mischief-makers out there.”

Why did Brimstone pull the plug? “We follow a rigorous investment process‚” their chief executive‚ Mustaq Brey‚ said in a statement.

“This venture had to undergo the same process and be tested against our standard investment criteria as all other investment proposals.”

Bollywood bauble Preity Zinta steps in to buy the franchise Brimstone washed their hands of‚ saying she had “bumped into Haroon in a hotel [in Dubai] and that was pretty much it - it was an overnight decision”.

Lorgat brags that he “could have sold these [T20GL] broadcast rights 12 months ago … so we’re in no rush to go and do something and then say we shouldn’t have”.

But‚ 36 days before the tournament is scheduled to start‚ a broadcast deal is not yet announced and insiders say franchise owners are worried at the lack of progress on nailing it down.

After Lorgat meets with T20GL franchise owners in Dubai and negotiations with prospective broadcasters in Mumbai — all in the space of a few days — CSA announce that they and Lorgat have “mutually agreed to part ways with immediate effect”.

A release attributed to CSA president Chris Nenzani the explanation that “the reason was due to a breakdown in the relationship between the board and the chief executive”.

The fact that Lorgat and CSA chief financial officer Nassei Appiah are at loggerheads‚ not least over Appiah’s exclusion from major decision-making regarding the T20GL‚ is seen as key to Lorgat’s demise.

Aiden Markram was run out only three runs shy of becoming the seventh South African batsman to score a century on debut just before tea of day one on ...
Sport
4 years ago

LUNCH | Aiden Markram impresses on his Test debut in Potchefstroom

Aiden Markram started his test career impressively by scoring a patient but elegant 43 off 69 balls at lunch in the first Test against Bangladesh in ...
Sport
4 years ago