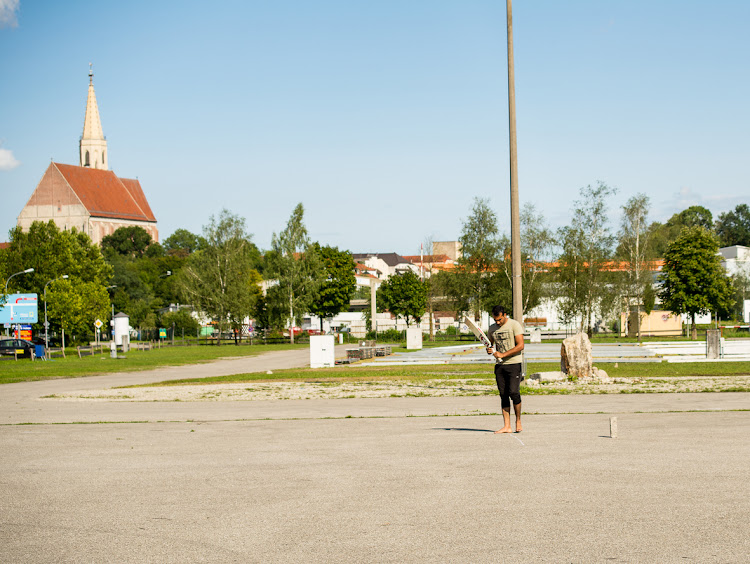 Social cricket. It's different from the league variety where all is laid on.
Image: Gallo Images/iStock

The abrupt departure of the high chamberlain from the court of South African cricket and the intrigues among the remaining courtiers were said to be behind a global T20 jousting tournament being called off. Reign stopped play.

Accusations, excuses and theories were offered for the incompetence at Cricket SA, but here you will find only sympathy. It's hard to arrange a cricket match. Unlike rugby or football, cricket must have playing equipment, garden machinery and delicate cultivation. That's even before you have to strongarm participants for ball money.

The recruitment is a combination of sweet talk and press-ganging, and no mention of sharing umpiring and scoring duties. Often the ironclad guarantees, earnest avowals and lavish promises disappear in the haze of a Sunday morning hangover.

Which was why our most valued player seldom scored big runs or took many wickets. He was a teacher on the Cape Flats, where he was also the school's cricket coach, a term used advisedly. Nets consisted of everyone bowling to him two afternoons a week, an exercise that seldom showed any benefit out in the middle.

If we were short of a player or three, he would jump in his car, cruise the streets of Mitchells Plain and summon bored youngsters whom he knew from nets were promising fast bowlers. As a result our skipper felt like Clive Lloyd captaining the great West Indies teams of yore with a battery of quicks. We seldom lost.

Ringers are a useful part of the social game, and they don't even have to play, just show up. A doctor who filled our team had a patient whom he persuaded to arrive before play. Desmond Haynes obligingly pitched up carrying bat and pads. The opposition were suitably intimidated. Long after he'd quietly left, they kept awaiting the great West Indian's arrival at the crease, suitably unnerved every time they took a wicket.

Social cricket also means socialism cricket. The means of production are vested in the team, so kit is shared even if it is private property. I have seen an expensive new Gray- Nicolls bat prised by a team shop steward from the grip of an owner, who had not had much success with it early in the innings, and assigned to some grateful tailender in the hope that he could rescue a faltering innings.

Improvisation is useful too. On a Sunday social XI overseas tour we docked at the Robben Island quay to find that wicketkeeping gloves had been left behind. Batting gloves augmented by disposable nappies proved an unsatisfactory substitute, but a convenient excuse for dropped catches.

And Cricket SA thinks it has problems.