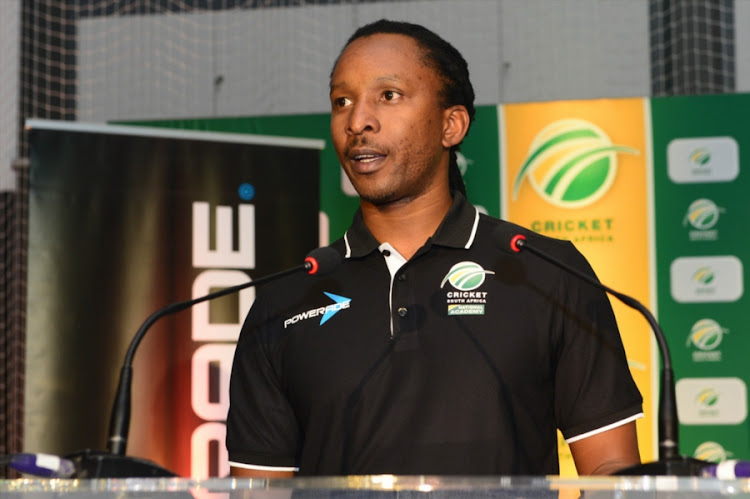 The Warriors head coach Malibongwe Maketa during the opening function of the Powerade men's National Academy at Cricket SA Centre of Excellence on May 24, 2017 in Pretoria, South Africa.
Image: Lee Warren/Gallo Images

Dale Benkenstein‚ Malibongwe Maketa and Justin Ontong have been sounded out as assistants to current Proteas coach Ottis Gibson.

Maketa‚ the current Warriors head coach‚ is expected to become Gibson's assistant while Benkenstein and Ontong are expected to be named as batting and fielding coaches respectively.

The former West Indian international all-rounder and England bowling coach had said last month that he would be seeking to have his own coaching staff‚ which meant the crew consisting of Adrian Birrell‚ Claude Henderson‚ Neil McKenzie and Charl Langeveldt was going to be rendered redundant from a national team perspective.

Gibson kept the group for the Bangladesh tour last month where the national team won all the matches.

With bowling being his area of expertise‚ Gibson had said he would be taking care of the bowling part of the coaching set-up‚ leaving the other vacancies to be filled by other individuals.

Benkenstein‚ who is currently the First team cricket coach at Hilton College in KwaZulu-Natal‚ is expected to take up the batting coach position.

Having had a successful playing career with Durham‚ Benkenstein cut his coaching teeth with Hampshire‚ whom he guided to two T20 Finals days and a promotion to the County Championship division one in his two-and-a-half years in charge before leaving the county in July last year due to family reasons.

Benkenstein was an expert captain for both Durham and the Dolphins‚ but his career coincided with the late Hansie Cronje's captaincy stint and his Proteas career was only limited to 23 ODI's.

Maketa was appointed as Warriors head coach two years ago and has done well with minimal resources.

The Warriors took part in the domestic limited overs finals last season (50 over Momentum 1-Day Cup and the Cricket South Africa T20 Challenge)‚ which they both lost to the Titans by 236 and six runs respectively.

Ontong‚ who represented the Proteas in two tests‚ last played for the Cape Cobras in a Sunfoil Series match against the Dolphins late last month.

I will bat wherever Bouchie wants me‚ says AB de Villiers

AB de Villiers will play a floating role at the top of the Unlimited Titans batting line-up in the Ram Slam T20 Challenge this season.
Sport
4 years ago

Look who's back ... Dale Steyn named in Titans squad

The Titans on Tuesday named a decent 13 for their T20 game against the Knights in Kimberley on Wednesday‚ which is no surprise in a dressingroom ...
Sport
4 years ago