Cricket SA‚ SACA reach settlement - but where are the numbers? 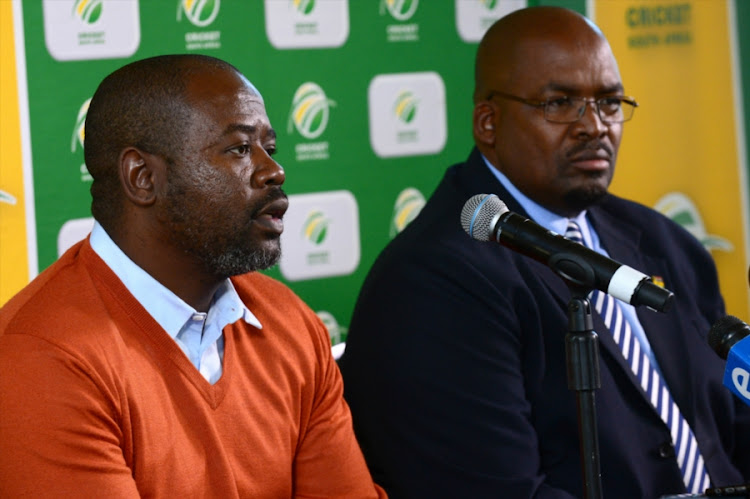 Players who signed with franchises in the aborted inaugural edition of the T20 Global League (T20GL) will be paid up to 60% of the value of their contracts‚ TimesLIVE has learnt.

Cricket South Africa (CSA) said in a release on Tuesday that “payment will be made in three equal installments between December 2017 and April 2018” — which will be seen as another embarrassment in an episode that has crippled the organisation’s credibility.

Sources say the upper limit of 60% applies to the South Africans who were to appear in the tournament‚ which was to have been played in November and December but was called off when‚ CSA say‚ they realised the venture would lose US$25-million.

Foreigners who did not make alternative playing arrangements will apparently have to be satisfied with half of what they were to paid.

But those who‚ for instance‚ latched onto a side in the ongoing Bangladesh Premier League will supposedly make less than half their original T20GL fees.

News of the settlement being reached was confirmed in Tuesday’s release.

What was not disclosed is how much of the salary bill‚ reportedly US$10.8-million‚ CSA had managed to salvage.

In fact‚ no amount of money was mentioned in a release that was all about money. But the word “amicable” made two appearances.

Asked for the financial details‚ CSA were unwilling to provide them.

The compensation was agreed following mediation between CSA and the South African Cricketers’ Association (SACA).

“The settlement will help bridge the gap between player expectation and the disappointment of having to postpone the league‚” the release quoted CSA acting chief executive Thabang Moroe as saying.

SACA chief executive Tony Irish was quoted as saying: “The settlement is both fair and responsible and has been well received by the players.”

South Africans wouldn't be human if they didn't want to exact revenge for the sometimes shocking surfaces they had to play on in India in 2015.
Sport
4 years ago

Ben Stokes headed Down Under but not for Ashes, says ECB

Suspended all-rounder Ben Stokes has left England on a trip to visit family in New Zealand and will not be joining the Ashes squad, the England and ...
Sport
4 years ago

Proteas need to relearn the art of fielding

Peter Kirsten used to hang from a wall in the Border Cricket Board offices at Buffalo Park in East London. A photograph of Peter Kirsten, at least.
Sport
4 years ago