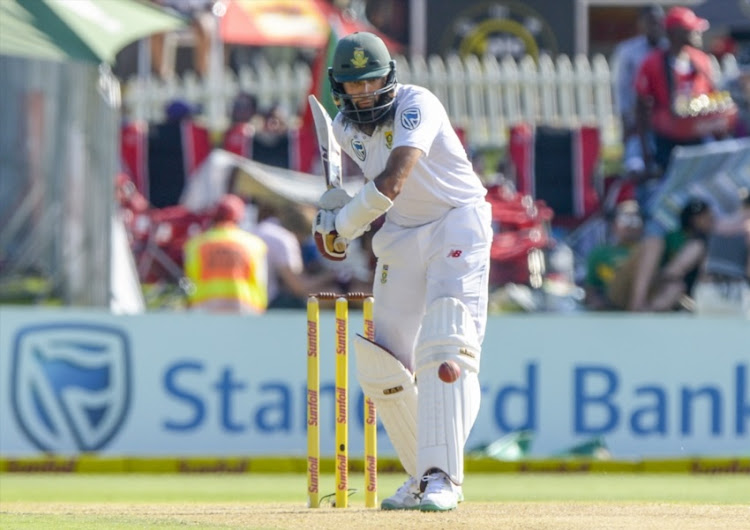 Hashim Amla of South Africa during day 1 of the 2nd Sunfoil Test match between South Africa and India at SuperSport Park on January 13, 2018 in Pretoria.
Image: Sydney Seshibedi/Gallo Images

South Africa had lost two second innings wickets of Aiden Markram and Hashim Amla in quick succession at tea of day three here at SuperSport Park in Centurion after they bowled India for 307.

At the end of the second session‚ the Proteas were on 60/2 and a lead of 88 runs with AB de Villiers‚ who arrived at the crease with South Africa in a spot of bother on 3/2‚ and Dean Elgar on a rebuilding mission on respective of scores of 33 and 23.

De Villiers and Elgar were on a highly promising partnership of 57 off 81 balls and it will bother Indian captain Virat Kohli going into the last session of the day that may have a huge impact on the outcome of this match.

The first to go for South Africa was Markram who was given out for lbw from the bowling of Jasprit Bumrah having scored just one run off two balls in the second over.

It was not long before the Proteas sunk into deeper trouble as the usually dependable Amla departed also for just one as he was also trapped lbw by Bumrah who was having a dream start to the second innings.

Earlier‚ Morne Morkel played an important role when South Africa restricted India to 307 with the two wickets of Ishant Sharma (3) and the huge scalp of Kohli who scored a sensational knock of 153‚ which came off 217 balls and it included 15 boundaries.

When they were bowled out‚ India were trailing South Arica’s first inning score by 28 runs. Sharma was the first wicket to fall for India shortly after the lunch break when he was caught by Markram at short leg and Morkel struck again a few overs later when De Villiers caught Kohli at long on.