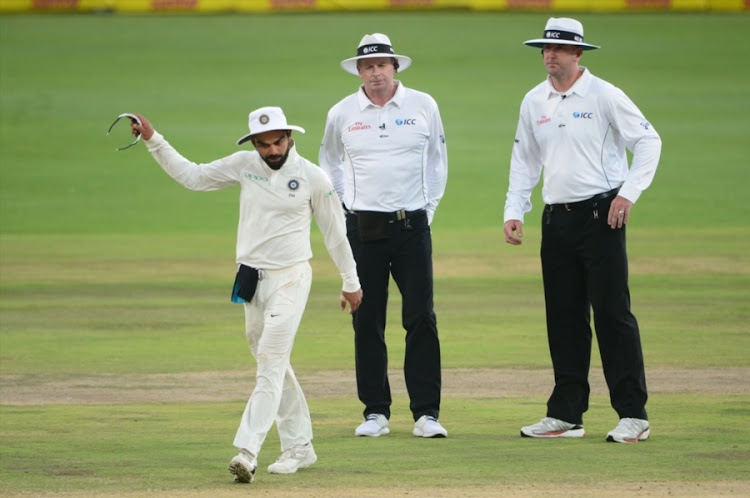 Virat Kohli of India up set with the umpires for stopping play due to bad light during day 3 of the 2nd Sunfoil Test match between South Africa and India at SuperSport Park on January 15, 2018 in Pretoria, South Africa.
Image: Lee Warren/Gallo Images

Centurion - India captain Virat Kohli has been fined 25% of his match fee and one demerit point for consistently complaining to umpires about the state of the ball after the rain delay in the last session of the second Test against South Africa in Centurion on Monday.

The incident happened in the 25th over of SA’s second innings.

Kohli complained to umpire Michael Gough about the ball being affected by a damp outfield following a rain delay. He threw it on the ground in an aggressive manner.

After the day’s play‚ Kohli pleaded guilty to the offence and accepted the sanction proposed by Chris Broad of the Elite Panel of ICC Match Referees and as a result there was no need for a formal hearing.

South Africa had lost two second innings wickets of Aiden Markram and Hashim Amla in quick succession at tea of day three here at SuperSport Park in ...
Sport
4 years ago