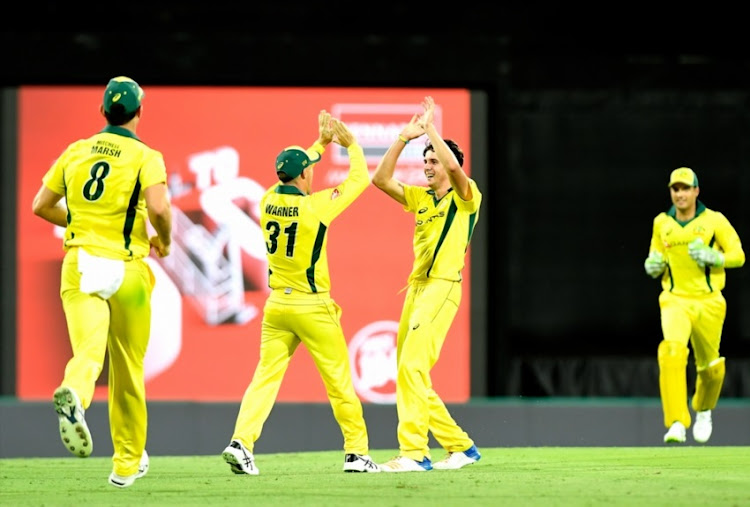 Jhye Richardson of Australia celebrates taking the wicket of Jonny Bairstow of England during game two of the One Day International series between Australia and England at The Gabba on January 19, 2018 in Brisbane, Australia.
Image: Bradley Kanaris/Getty Images

Jhye Richardson will have to get used to South Africans asking him how to pronounce his first name.

Richardson‚ a 21-year-old Western Australia fast bowler‚ has been named in Australia’s squad for the series of four tests they will play in South Africa in March and April.

He has played only five first-class matches and is‚ in his own words‚ as reported by ESPNCricinfo‚ “only 70-odd kilos and 178cm tall‚ so I'm not the biggest unit around”.

Richardson has beaten Mitchell Starc‚ Josh Hazlewood and Pat Cummins on the speed gun in the same match‚ and he has already claimed 21 wickets — and scored a half-century — in first-class cricket.

His inclusion would seem to be part of the Aussies’ plan‚ much like the currently visiting Indians‚ to pack their squad with fast bowlers: six of the 15 players are quicks.

This weekend’s Indian Premier League (IPL) player auction in Bangalore will serve as a barometer of how much has changed in South African cricket in ...
Sport
3 years ago

That has meant there is no room for Glenn Maxwell‚ the off-spinning allrounder‚ and uncapped medium pacer Chadd Sayers — who both came close to playing in this summer’s Ashes.

Almost all of the Australians will arrive fresh in South Africa‚ what with David Warner the only member of the squad who will also play in the upcoming T20s against England and New Zealand.

The test series starts at Kingsmead on March 1‚ and by April 3 — when the rubber is scheduled to end at the Wanderers — maybe we’ll know how to say Jhye.