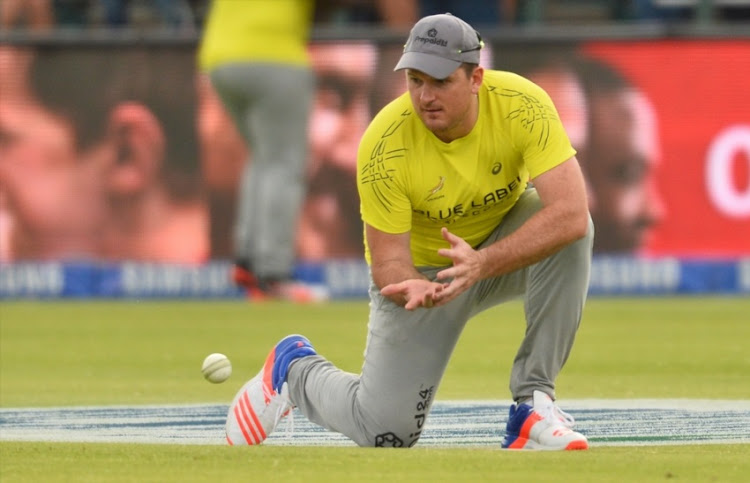 Former Proteas captain Graeme Smith says current Indian skipper Virat Kohli may not be a long-term leadership option in the face of the visitors' current struggles in South Africa.

Kohli has had a fair degree of home success in his three-year tenure but has failed in his first attempt to win a series in South Africa‚ where India have never won a series since 1992/93.

India's travelling record in South Africa‚ England‚ New Zealand and Australia doesn't make for pretty reading with only one win in 24 attempts since the 2010 Boxing Day test win against South Africa in Durban.

India will be travelling to England and Australia later this year.

The current series defeat is Kohli's first as captain and India's first reverse in 10 since their 2-0 loss to Australia in the 2014/15 season.

Kohli took over from MS Dhoni midway through the Border-Gavaskar Trophy series which Australia had already secured after victories in Adelaide and Brisbane.

Kohli made his captaincy bow in the 48-run loss in Adelaide.

That series was India's last overseas tour outside of the West Indies and Sri Lanka‚ where they've won their away series.

The two losses in Cape Town and Centurion have not only raised questions in regards to Kohli's leadership style‚ but his ability to relate to his lesser-talented players and selection policies that saw his vice-captain and their best overseas batsman Ajinkya Rahane make way for the elegant but deficient Rohit Sharma.

The latter averages 25 away as compared to Rahane‚ who averages 53 on the road but was inexplicably dropped for the first two tests.

Having captained the Proteas 108 times‚ Smith has an idea of what's needed to survive as a Test captain while Kohli is 34 games into his tenure.

“We all know he's (Virat) a wonderful player and his intensity benefits his own personal game‚" Smith said.

"That intensity brings the best out of him.

"Sometimes there is a need to look at his intensity and how it impacts on his team mates.

"He's always in the game and responds to his players‚ but often to me his reactions to certain situations and sometimes that impact on the team.

"We know how powerful he is‚ he's built this aura and for him to find this level to connect with his players and to make the Indian team as successful as he is‚ that's something I think he's grappling with.

“I don't know if he's a long-term captaincy option for India.

"He's used to this in India but when you're away from home and you're struggling for form‚ I don't know whether Virat Kohli is that type of leader to lead India consistently in that type of environment.

“He might grow‚ gain experience and learn to soften up but his performances will always speak for themselves but I think it'll be the case of getting the best out of his players in pressure situations."

Smith also said Kohli could do with a person who can challenge his cricketing ideas.

Kohli has a strong personality in current coach Ravi Shastri.

However‚ Shastri is considered to be a lesser nous for cricket as compared to his predecessor Anil Kumble‚ who stepped down at the conclusion of last year's ICC Champions Trophy.

Kumble had re-applied for his job but the former Indian leg-spinner hinted in reports that Kohli had reservations about his management style.

“When I look at Virat‚ I think he needs someone who can constructively challenge him and help him grow‚" Smith said.

"He has all the capabilities tactically‚ he knows his own game and he sets the standards in the field for everyone else.

"The way he goes about his work‚ it's almost a case of leading by example.

“There's his emotional side.

"He gets really fired up and there's how that affects other people.

"I think if he had a really constructive person in his environment who could talk to him‚ make him think and maybe challenge him in some different ides in a constructive way and not in an angry and aggressive way‚ that would make him a really good leader.”