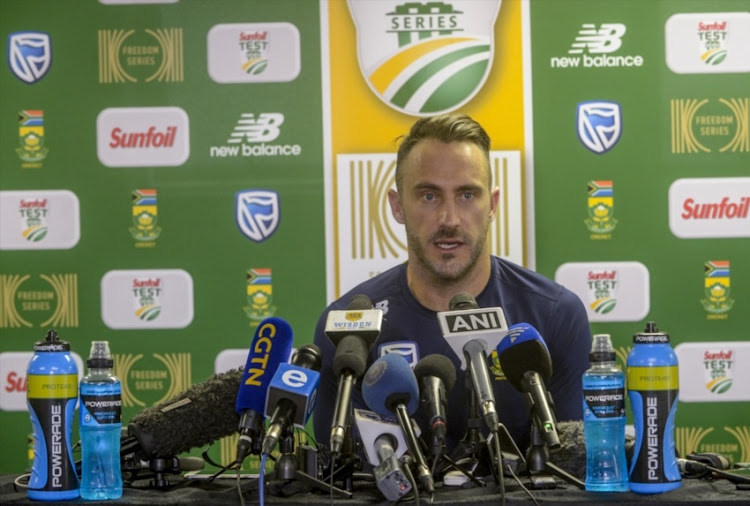 SA captain Faf du Plessis has conceded that this weekend’s Indian Premier League (IPL) auction could cause unwanted disruptions in the Proteas camp.

Du Plessis‚ AB de Villiers‚ Quinton de Kock‚ Hashim Amla‚ Kagiso Rabada‚ Morne Morkel and possibly Lungi Ngidi are among the 578 players to be sold during the auction in Bangalore.

“Fortunately we don’t have our phones during the match (the third and final Test against India) but it is normal that there will be disruptions because we are human‚" the SA captain said.

"The IPL plays a big part in all of our lives but for the management and myself the most important thing is to make sure that we keep the concentration and energy levels in the test.”

Du Plessis said the players would be allowed to talk about the auction at the end of the day’s play but proper plans would be put in place to ensure that they do not lose focus on the job at hand.

“At the end of the day’s play if there are those who want to talk about the auction a little bit‚ they can do that.

"But when it is Test match time we must be switched on again.”

Chris Morris‚ Dale Steyn‚ who is currently out with a heel injury but is expected to be fit for the tournament in the first week of April‚ and ODI all-rounder JP Duminy will also be part of the auction.

Du Plessis also expressed concern about the recent struggles of Quinton de Kock with the bat in this series and he has advised him not to overanalyze or complicate things in his bid to return to form.

De Kock‚ who doubles up as wicketkeeper‚ is one of the best batsmen in the squad but he has struggled in this series against India with low scores of 43‚ 8‚ 0 and 12 in the four innings he played in Cape Town and Centurion.

“The key for someone like him is not to overanalyze or complicate things‚" he said.

"When a guy goes through one or five tests without scoring runs‚ he tend to overanalyze things but with Quinny (De Kock) that is not what he will do.

"His biggest asset is that he is a free player.

"When he gets going he completely takes the pressure to the opposition.

"I know he would like to score runs like all the batters but from a team perspective‚ the language we speak to him is to keep on having that positive intent.

"He will be very hungry to score runs in this test match.”

India are facing the embarrassing possibility of a whitewash by bitter rivals South Africa and the visitors' captain Virat Kohli hopes that internal ...
Sport
4 years ago