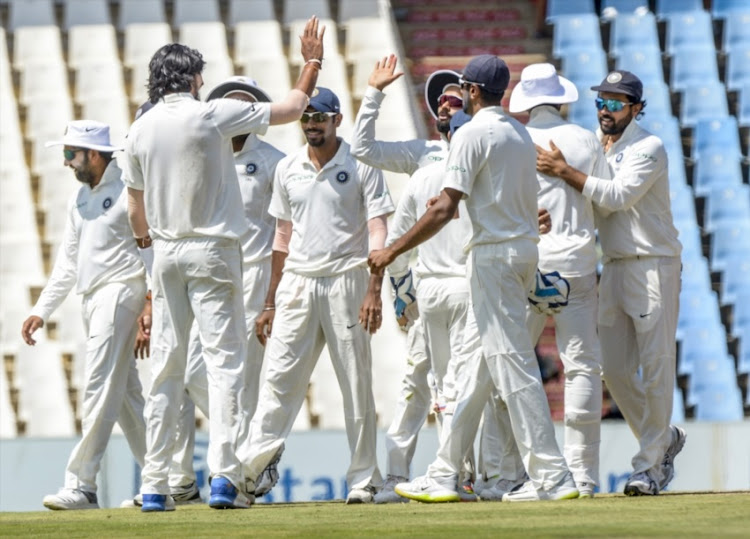 Five things India have to do to avoid a Test series whitewash when they play South Africa in the third Test at the Wanderers starting on Wednesday.

1) If the Wanderers pitch is as sporty as many are anticipating‚ India will need all the batting depth they can muster.

Despite the fact that he possesses superior technique and temperament than some of the top order operators who played in the first two Tests‚ Ajinkya Rahane has been conspicuous by his absence from the squad.

In the event of a seamer-friendly wicket greeting India on Wednesday morning‚ they can probably forego one of their quicks with Rahane occupying a spot in the top five.

2) India need to win the toss.

Virat Kohli called wrong at Newlands and Centurion and although that wasn’t key to the outcome of those Tests‚ he will do well to steer his team clear of the perils of a rampant South African pace attack operating on a greenish top.

3) India will undoubtedly have to rely on more heroics from captain Virat Kohli.

He delivered a master class at Centurion but more other-wordly batsmanship will be required from him to make India competitive in the final Test.

His 153 in the second Test was his only contribution of real substance in the series and he will be desperate to strike similar form.

In the absence of a top order able of carrying their own weight‚ Kohli has to continue doing the heavy lifting.

After all‚ he did score 119 and 96 there on his last visit to the Bullring.

4. Bowling allrounder Ravichandran Ashwin hasn’t had the full throttle impact India would have hoped for in this series.

With two Tests being played on what would ordinarily be seamer friendly surfaces‚ Ashwin’s role was always going to be confined to one where he makes sporadic impact.

He does however bring balance to the touring side as his valuable contributions with the bat in the second innings in Cape Town and first innings in Centurion illustrates.

His seven wickets have come at 30.71 in this series and while he may not fill his boots at the Wanderers‚ his variation could make him the go-to partnership breaker.

He can also help provide the sting in the tail of the India batting.

5. The Proteas have never beaten India at the Wanderers but there is enough cause for the tourists to summon the rain gods.

Team coach Ravi Shastri may be spared having to lead the team in dance before the toss as rain is predicted for every day of the Test.

In fact‚ some predictions anticipate precipitation until next Thursday.

That of course doesn’t necessarily mean the Test will be washed out‚ but it could potentially help India avert a whitewash.