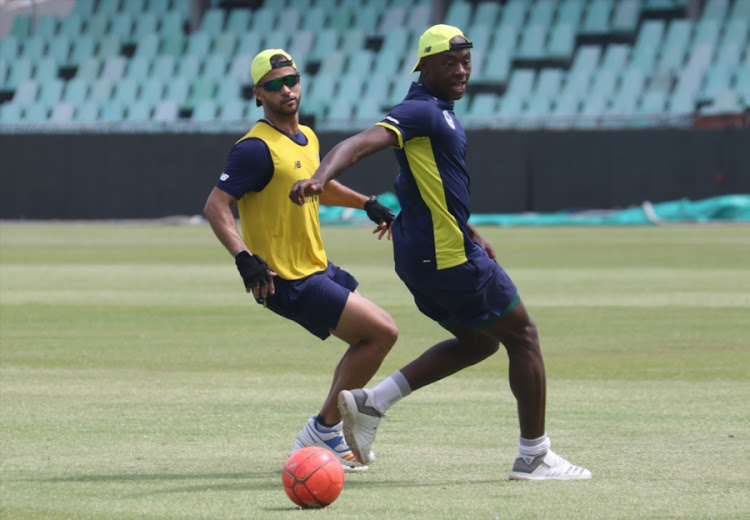 Considering that the Test series between South Africa and India won’t be forgotten in a hurry‚ the one-day rubber will have to be something special if it’s going to be remembered.

But there’s already a good reason why that might not happen: AB de Villiers’ right index finger.

A Cricket South Africa release on Tuesday said De Villiers was out of the first three ODIs because of the finger injury he suffered while fielding in the third Test at the Wanderers last week.

He will need up to two weeks to recover‚ which means he might return in time to play the fourth match of the series at the Wanderers on February 10.

Perhaps that helps explain why JP Duminy did his bit in Durban on Tuesday to sell the ODIs as something that will be worth watching.

“Guys have been taking a more aggressive approach when under pressure.

"That’s been the integral change in the way guys are playing one-day cricket.

“When under pressure they’ve been a bit circumspect in the past.

"Now they’re taking it on and trying to release pressure by hitting boundaries along with consolidating.”

The Test series‚ thrilling as it was for aficionados of challenging pitches‚ produced only one century — Virat Kohli’s 153 in Centurion — and just two totals of more than 300.

So if its runs‚ runs and more runs you want‚ tune in to Kingsmead on Thursday.

“I think the pitches are going to be more batting-friendly‚” Duminy said.

“They’re probably going to be high-scoring games across the country. That will bring the teams close together.”

“It’s different with six ODIs‚” Duminy said. “You have to win four games to guarantee the series.”

As obvious as that seems‚ the players will need to adjust to this unusual reality.

“The key is to start well‚” Duminy said.

“If we have a good game here at Kingsmead we will gain a lot of confidence for the series.”

The wider reality is that Thursday’s game is the start of South Africa’s build-up for the 2019 World Cup‚ which will comprise 29 ODIs.

“There’ll be a lot of shifting leading up to the World Cup‚” Duminy said.

Good thing De Villiers already knows what that is.

The Wanderers in Johannesburg has received three demerit points for producing a “poor” pitch during the third Test between South Africa and India ...
Sport
4 years ago