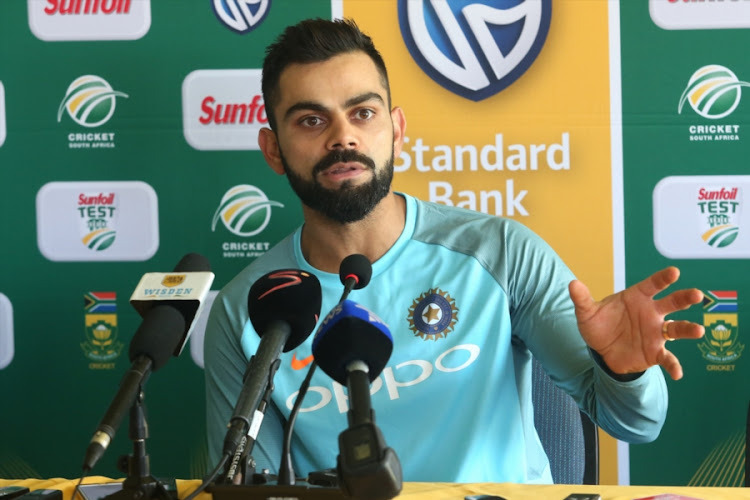 Call it the finger of fate, as wielded by Virat Kohli. First India’s captain put AB de Villiers on the sidelines. Now he’s taken Faf du Plessis out of the mix.

Du Plessis will miss the remaining five one-day internationals and all three T20s against the Indians because of a broken finger he sustained in dropping a slip catch that would have dismissed Kohli for a duck in the first ODI at Kingsmead on Thursday.

Instead Kohli scored a superb 112 that helped his team win by six wickets.

De Villiers will miss the first three ODIs, also with a finger injury — which he suffered while snaffling Kohli at third slip in the first innings of the third test at the Wanderers.
Kohli’s 54 was India’s highest score in both innings of a match they won by 63 runs.

A Cricket South Africa release on Friday said Du Plessis would be out for six weeks, and that “the aim” was to have him fit to lead South Africa in the first test against Australia at Kingsmead on March 1.

South Africa’s batting will be all the poorer without Du Plessis, who scored two half-centuries in the test series and made an excellent 120 on Thursday.

Farhaan Behardien, who was controversially left out of the squad for the first three ODIs against India, has made a hasty return.

Wicketkeeper-batsman Heinrich Klaassen has also been added, perhaps to send a message to Quinton de Kock, who has gone eight innings for South Africa in all formats without reaching 50.

Of more immediate concern is who, in Du Plessis’ and De Villiers’ absence, will captain South Africa in the second ODI in Centurion on Sunday.

That is to be revealed on Saturday, the release said, but the odds on favourite is JP Duminy with Hashim Amla probably also being considered.