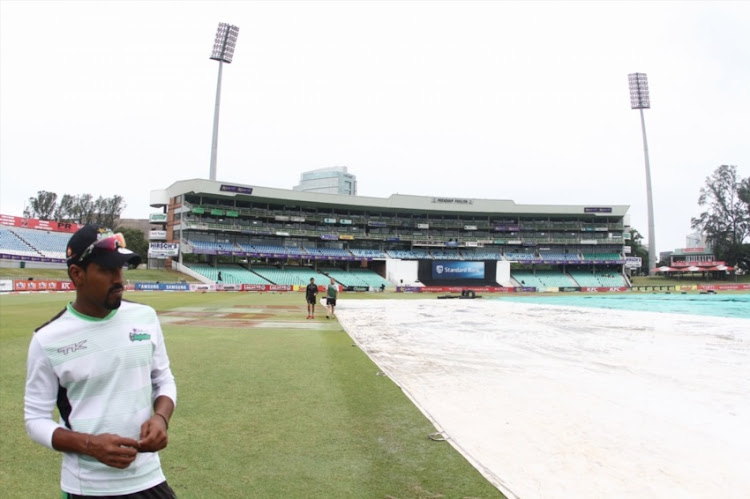 eneral views during the Replay of the Momentum One-Day Cup, Final match between Hollywoodbets Dolphins and Warriors at Sahara Stadium Kingsmead on February 02, 2018 in Durban.
Image: Anesh Debiky/Gallo Images

Rain is often cricket’s enemy in Durban, but on Saturday it helped the Dolphins earn a share of the spoils in the One-Day Cup (ODC) final against the Warriors at Kingsmead.

Friday’s first attempt to play the match ended damply when the weather prevented a ball being bowled after 39.4 overs of the first innings, in which the Dolphins scored 154/6.

But that was 39.4 overs more play than was had on Saturday, when the rain continued for long enough to force the replay to be abandoned completely. Scheduled to start at 1.30pm, it was called off at 5pm.

Five of the six T20 matches the Dolphins were have played at Kingsmead in the T20 competition in November and December were washed out.

All those unearned points helped put a team who won only three of their 10 round-robin games in the final — in Centurion, where they were dismissed for 100 and the Titans cruised to victory by seven wickets.

Rain wasn’t a factor for the Dolphins in the ODC, in which they earned their crack at the title the hard way by winning three of their four home games along with three successes away.

But the weather returned to have the last laugh, although some will see poetry in the fact that the only team who beat the Dolphins at Kingsmead in the ODC this season were also their opponents on Saturday.

With rain having the final say at Kingsmead, the Warriors and the Dolphins will have to slug it from scratch on Saturday to determine who is South ...
Sport
4 years ago

The Warriors won that January 19 clash by seven wickets.

This time the rain was on top and the trophy was shared.

It was to have been the first time a senior domestic one-day final was played at Kingsmead since February 2002, when KwaZulu-Natal beat Western Province by 28 runs.